The Beatles’ first recording contract is being put up for auction.

The contract led to the Tony Sheridan and the Beat Boys single My Bonnie, which was released on Polydor in Germany.

Signed by `JW Lennon’, ‘George Harrison’, ‘Pete Best’ and ‘James Paul McCartney’, the paperwork will be sold by Heritage Auctions on September 19.

The contract is being sold by the estate of Uwe Blaschke, a Beatles historian who died in 2010.

The legal letters aren’t the only Fab Four items up for sale.

Other memorabilia includes a signed copy of the band’s first single Love Me Do and a postcard Ringo Starr sent to his mother from Hamburg. 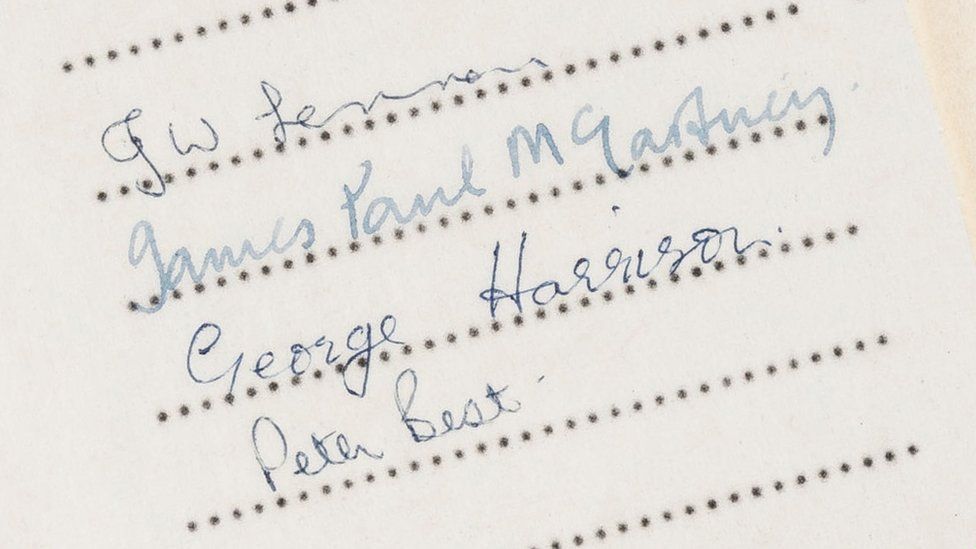