OK, gird your loins, Paul McCartney has recounted a story which gives new meaning to the hit Beatles track, Come Together.

Speaking to GQ, McCartney admitted how he, John Lennon and some of their mates masturbated together.

Well, he didn’t just come out with it. Pardon the pun. McCartney was asked how, in the early days, the group bonded.

“What it was was over at John’s house, and it was just a group of us,” McCartney began.

Let that sink in.

Chris Heath, who wrote the article, clarified that there would be about five of them – McCartney, Lennon, and perhaps three of Lennon’s friends. The group were encouraged to shout out names that “would offer relevant inspiration.”

“We were just, ‘Brigitte Bardot!’ ‘Whoo!'” McCartney said, “and then everyone would thrash a bit more.”

When asked if the “ritual” took place more than once, he said it was a one-off. Buuuut…

“Or maybe it was like a two-off. It wasn’t a big thing. But, you know, it was just the kind of thing you didn’t think much of. It was just a group.”

He also admitted it was “quite raunchy”.

“There’s so many things like that from when you’re a kid that you look back on and you’re, ‘Did we do that?’ But it was good harmless fun. It didn’t hurt anyone. Not even Brigitte Bardot.”

But it didn’t stop there. 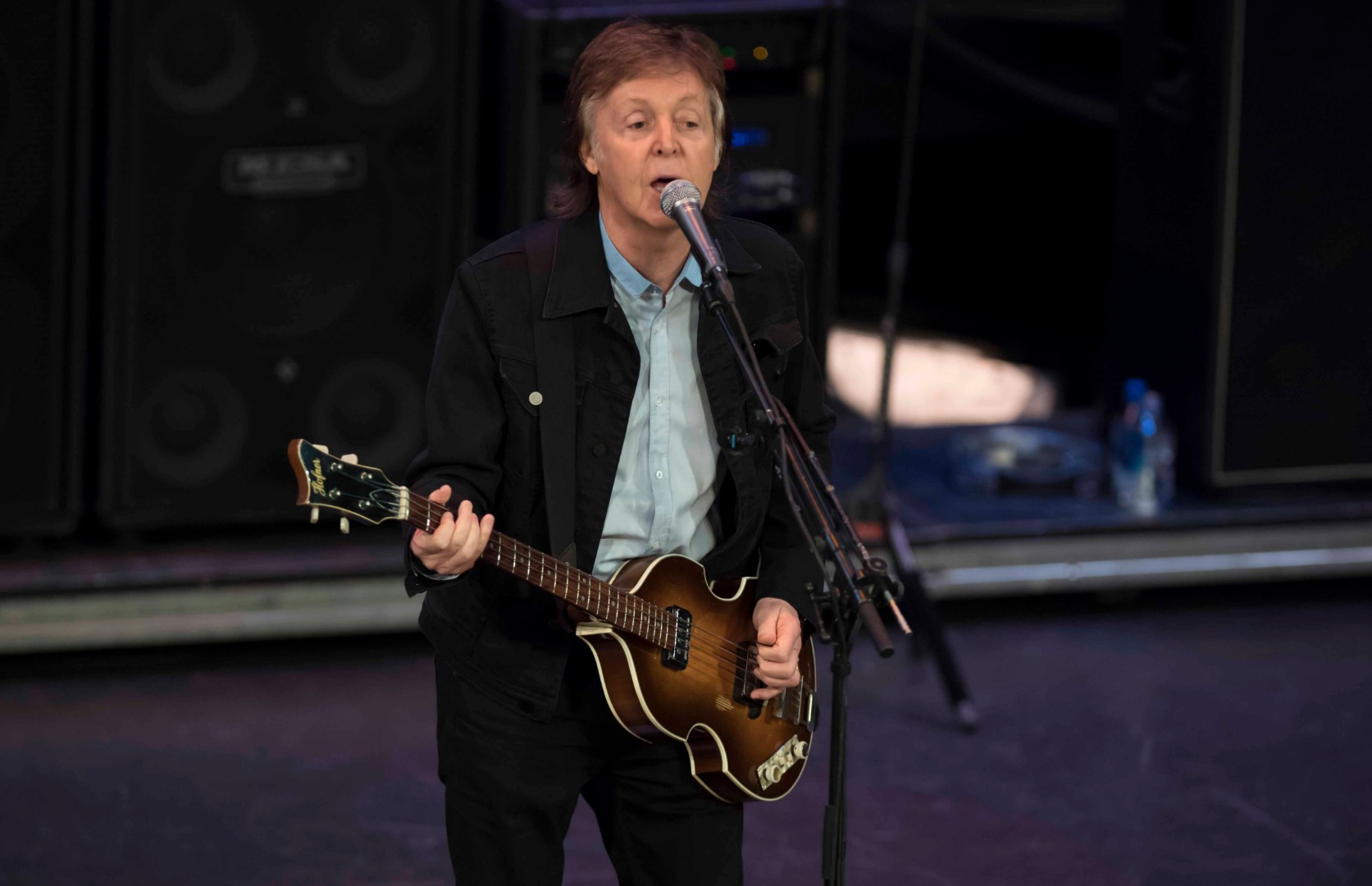 McCartney during a performance in Perth in December

“There was once when we were in Vegas where the tour guy, a fixer, said, ‘You’re going to Vegas, guys—you want a hooker?’ We were all, ‘Yeah!’ And I requested two,” McCartney recalled.

McCartney continued with a story about Lennon.

“Thinking back, I remember there was someone in a club that he’d met, and they’d gone back to the house because the wife fancied John, wanted to have sex with him, so that happened, and John discovered the husband was watching,” he told Heath.

“That was called ‘kinky’ in those days.”

You can read the full article here