Despite Braithwaite being one of our faves, after a bit of digging, we couldn’t believe how much we didn’t know about him. Here’s ten things…

1. Braithwaite’s ‘The Horses’ is a cover.

The original, written by Rickie Lee Jones and Walter Becker, appeared on Jones’ 1989 album, Flying Cowboys and was never released as a single. It did, however, appear in the 1996 film, Jerry Maguire.

3. He was in the same class as Olivia Newton-John

In an episode of ‘Enough Rope’, ONJ told Andrew Denton that she had a crush on Daryl and used to pass notes to him “he was really cute… shy, but cute”.

4. He filled in for Molly Meldrum who was too drunk to host Countdown’s 100th episode

Braithwaite, with the help of John Paul Young, took over the live music program after Molly Meldrum “had a long flight and a few drinks” meant he was unfit to host in April 1977.

“Having to take over the show when [Molly] was drunk will always be etched into my mind,” Braithwaite told The Age.

“It was live television and Meldrum was trying to box our ears off backstage… we were told to go out there and take over”.

In March 1973, alongside Billy Thorpe, Ross Wilson, Colleen Hewett, Doug Parkinson and Molly Meldrum, Braithwaite played the lead role in the Australian musical theatre production of The Who’s rock opera, Tommy. In 1997, he joined the Melbourne musical production of Chess.

6. He abandoned his music career entirely in 1987

7. He made almost no money from Edge and Rise. 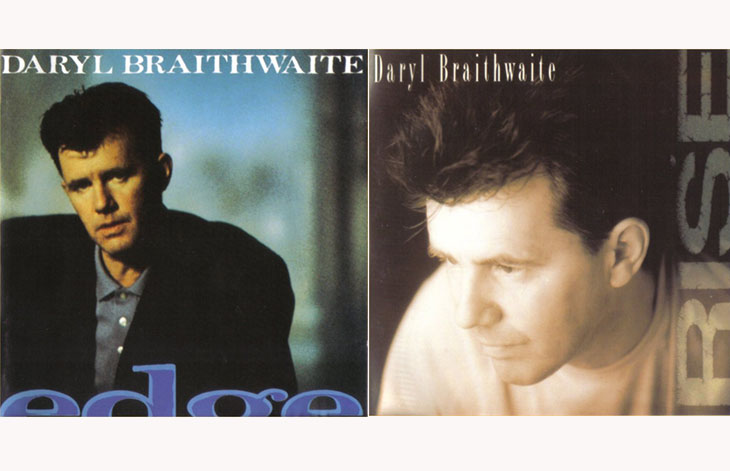 By the end of 1991, Rise had become the year’s biggest selling album in Australia and Edge the best-selling album ever released by Sony Music Australia.

But a 1992 lawsuit, in which Braithwaite’s former managers successfully sued for back-payment of fees owing, forced him to surrender all revenue made from Rise and Edge, as well as a portion from his following album, Taste of Salt. His record company dropped him after a best-of was released in 1994.

He didn’t record another album for 12 years.

8. He has hiked the Kokoda Trail

Braithwaite retraced the steps of Australian Diggers with a 100km, nine-day trek of the gruelling track in Papua New Guinea in 1996. His father had served in PNG and he wanted to experience something of what he had to endure. He said at the time that it was the toughest test he had ever faced: “I was determined to make it, no matter what. But it was really, really hard”.

9. The woman who appeared in ‘The Horses’ clip was nick-named ‘Gilli Vanilli’ 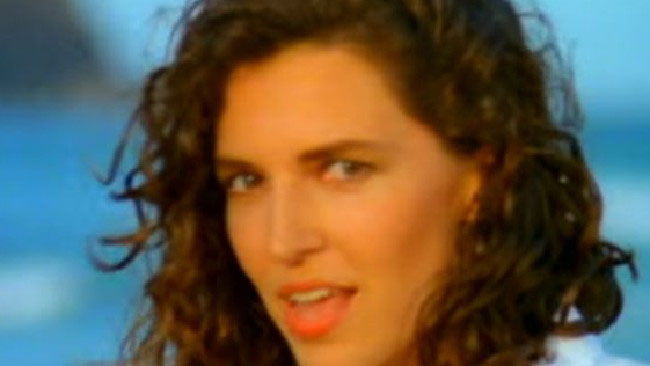 When it came to shoot the video for The Horses, Margaret Urlich, the female vocalist on the track, did not want to be involved.

“Nothing against Daryl at all, he’s a lovely guy, but at the time I felt I was so focused on my own album. In retrospect it was probably a little bit silly because the song was so huge… people still ask me why I wasn’t in the video,” Urlich told news.com.au.

Model Gillian Bailey was chosen to appear, and lip-synch, in the video.

“I got the lyrics the night before the shoot and I had to learn them quickly. I listened to the song on my Walkman while driving to the shoot in my old bomb of a car. I was really nervous. Miming was the really scary part. I was nicknamed Gilli Vanilli for a while,” she said, referencing disgraced group Milli Vanilli who in 1990 were stripped of their Grammy award after it was revealed that frontmen Rob Pilatus and Fab Morvan hadn’t sung a single note of their hit songs.

10. He was on Neighbours 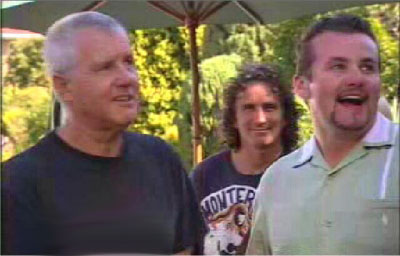 In 2007, Braithwaite made a cameo appearance as himself at Toadie’s aunt’s impromptu wedding. He performed One Summer.

Man Rushed To Hospital After Snapping Penis During Sex