While she planned to take 2020 off, Stevie Nicks is now using her self-quarantine to work on a project built around the Fleetwood Mac hit ‘Rhiannon’.

“I have some Rhiannon poetry that I have written over the last 30 years that I’ve kept very quiet,” Nicks told Rolling Stone.

“Last year I made a pitch to everybody that when this Fleetwood Mac tour is over, I’m taking next year off because I want to work on my Rhiannon book/movie.” 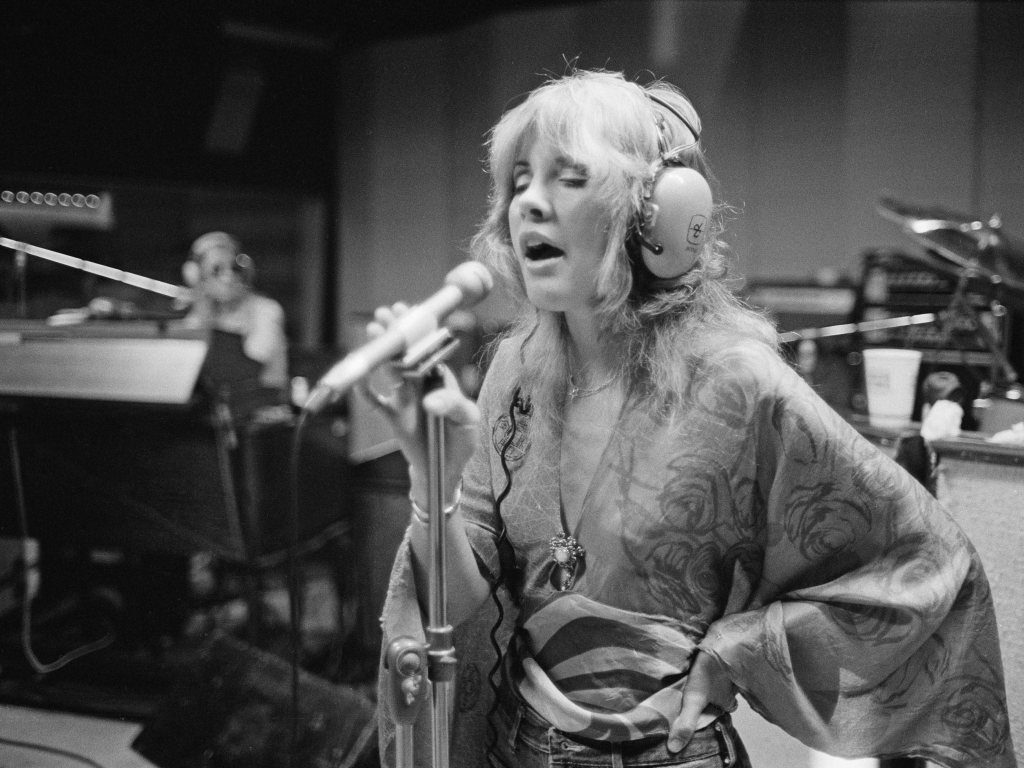 Fleetwood Mac’s Stevie Nicks in a US recording studio in 1975.

She added that all we have right now, is time.

“So, really, you could do anything you wanted that you’ve been wanting to do your whole life. So that’s how I’m trying to look at it.”

Nicks is, however, battling a case of Epstein-Barr virus she’s had since January, which has left her tired and unable to get to sleep until 6 or 7am. A friend she’s quarantining with wakes her at 2pm and she spends most of the day watching the news, something she acknowledged wasn’t helping.

“I could write an entire album just on New Amsterdam,” she added.

In a nutshell, Nicks is 10/10 not used to having downtime.

“The second I come off the tour with one career, the phone’s ringing off the hook from the other career saying like, ‘Oh, are you ready to put together a new show and do something cool?’,” she explained.

“This is the year I was going to take off and talk to everybody about making my movie and do some recording and meet new people.

“And well, you’re not going to meet any new people. Because you can’t leave your house.”

Her message to fans is pretty simple.

“Try to watch movies, read some books, try to get some exercise. Keep your health. Just don’t turn into an invalid.

“I think it’s very easy for people to just sit around. So, you got to keep going somehow, even if you have to do cartwheels in your living room or something.”