The wax figure of the late crocodile hunter Steve Irwin has been unveiled at Madame Tussauds in Sydney, and crikey it’s lifelike.

“It took them over a month just to do his hair, he’d get a kick out of that,” Mannion, the director of Australia Zoo, said in Sydney on Wednesday.

“Steve was a real larrikin.”

Seeing the lifelike image of his best friend who died almost nine years ago, was joyous for Mannion.

Since Irwin’s death, Mannion and the crocodile hunter’s wife, Terri, have made a conscious decision to keep Steve’s image at the forefront of what they do at his family’s Australia Zoo.

“That meant really dealing with his image and getting him out there and we all made a pact before we lost Steve that the zoo would get better and alway push the conservation message,” Mannion said.

“When I see his image it’s positive … I find it really quite empowering.” 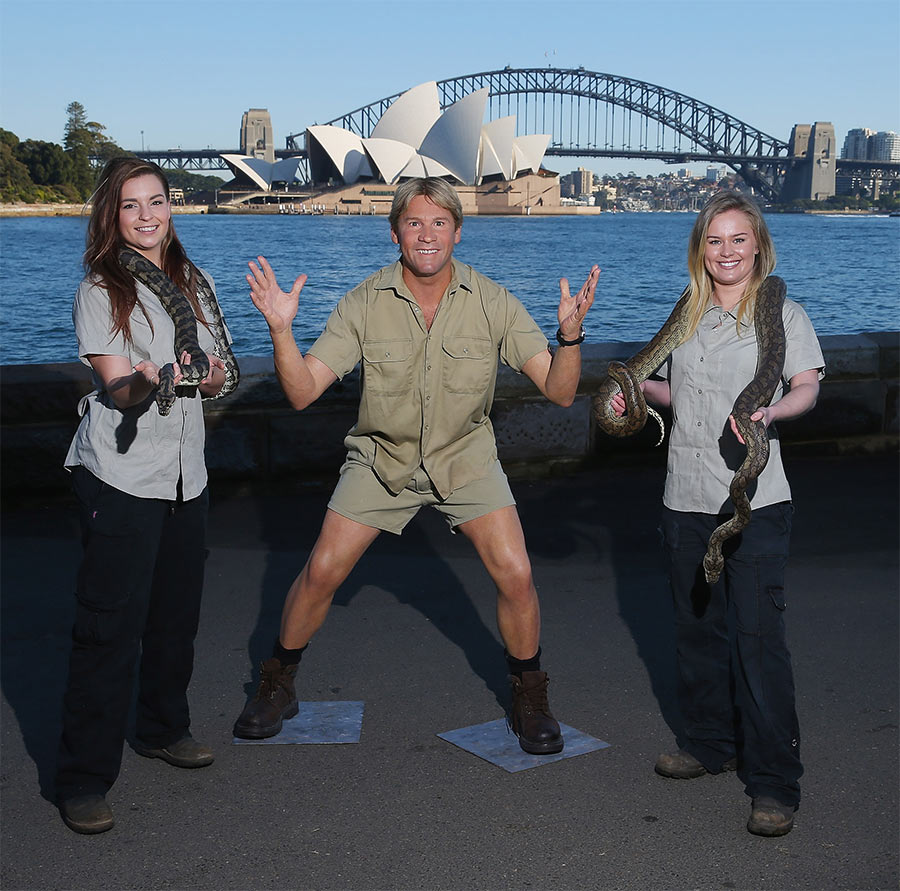 The zoo director said Irwin’s family, including his children Bindi and Robert, hadn’t been to see the waxwork yet.

“I’m sure Terri will but I don’t know about the kids, they probably need to grow up a little more,” he said.

Creating a wax figure usually involves at least two sittings from the person who is being immortalised.

Obviously, Irwin’s is a posthumous creation so the creators had to approach it in a different way.

Zoe Walton, studio manager at Madame Tussauds said they relied a lot on photographs provided by the family and watched moving images to capture Irwin’s essence.

But they also had a little assistance from a more unusual source.

“He had an action figure doll so when he made that they did take measurements of his hands, and there were hand casts and things done, so there was that kind of information available, so we were very lucky to be able to mix that all together,” Walton said.

Walton said one of the big challenges for the sculptors was to to capture Irwin’s “cheeky glint in his eye”, something his numerous TV appearances helped with.