Despite the list being over ten years old, Rolling Stone’s ranking of “100 Greatest Singers Of All Time” has resurfaced online, sparking controversy.

However, it’s the fact that Bob Dylan is ranked higher than Prince, Stevie Wonder and Freddie Mercury that has people up in arms.

However, it is the censoring of Joe Cocker’s name that left many simply shaking their heads.

“All rankings like this are trolly clickbait but the fact that someone felt the need to censor Joe Cocker’s name is really the best part of this whole thing.”

And no, they didn’t censor Willie Nelson’s name. 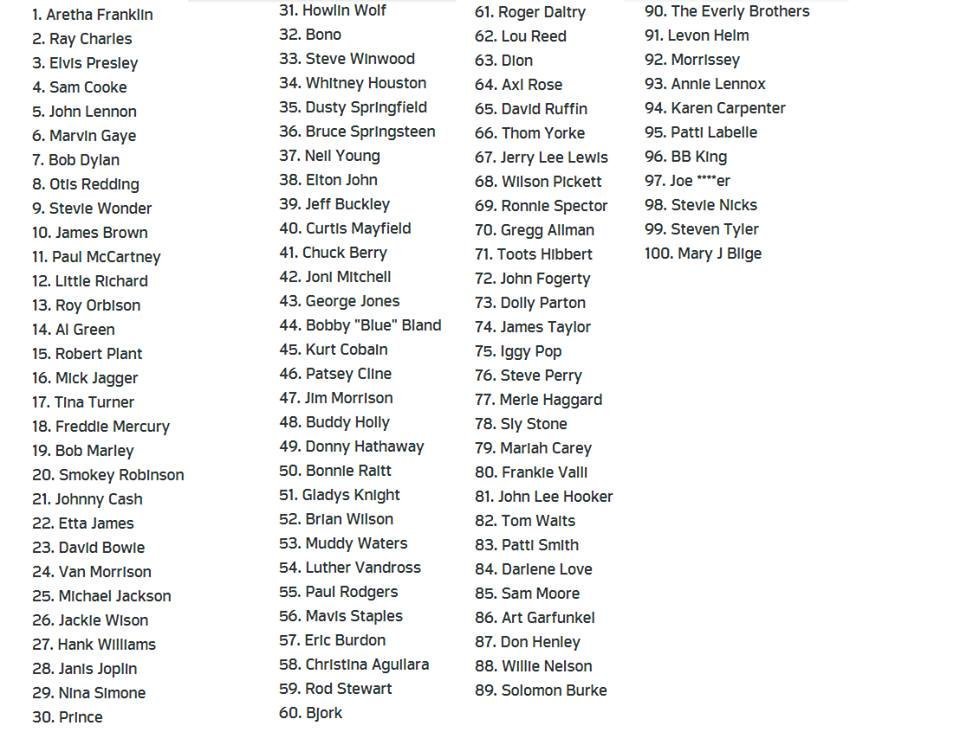 "Stars On 45": Reminiscing On The Good Ol' Family Road Trip