Rebel Wilson has learnt how to smile with her eyes, just in time for her close-up as the covergirl of the latest issue of Elle Australia magazine.

The comedy actress is pictured from the shoulders up in a pink jacket and white blouse, wearing her hair loose with bright red lipstick.

But what’s most striking about Wilson’s cover is the expression on her face.

It’s a little bit “come-hither” with a hint of a smile, a look she seems to have picked up from America’s Next Top Model judge Tyra Banks.

“I never thought I’d be the type of girl who’d be doing, like, fashion shoots. I used to watch some of the reality shows about models and then, weirdly, now I try to incorporate into my fashion shoots the skills I learnt from watching those shows,” Wilson told the magazine.

She’s currently enjoying success in the US as the go-to comedy actress and is about to reprise her role as Fat Amy in Pitch Perfect 2. I

t’s a long way to go for the girl from Western Sydney but she reveals that life in Hollywood isn’t all it’s cracked up to be.

“I have a lot of celebrity friends. But they’re all Hollywood friends. You can’t call them if you fall over and break your leg, but if you’re having a BBQ and wanna chitchat, you hang out with them, or you go to their house,” she said.

The Australian actress scooped up the Rising Star award at the Elle Style Awards in London, receiving the gong from comedy legend Jennifer Saunders.

The issue of Elle will be released on March 23. 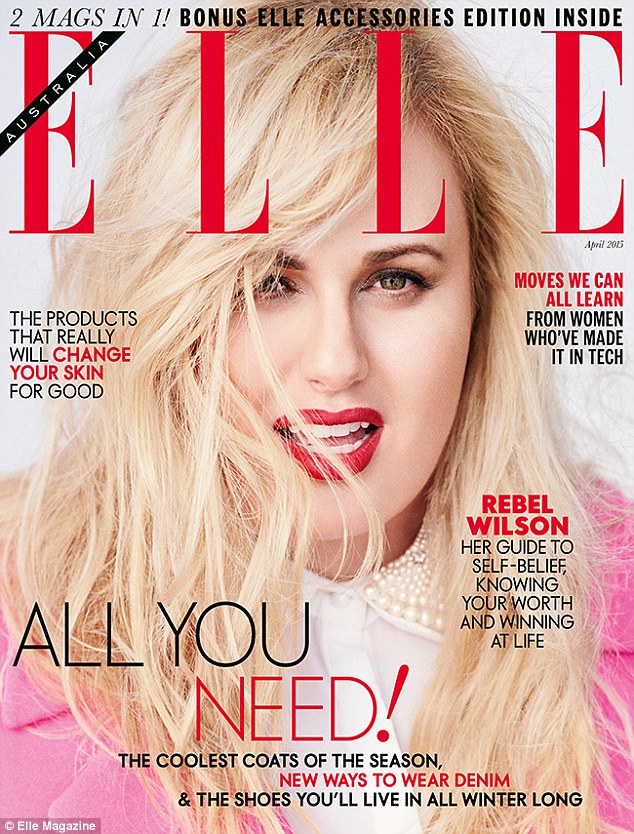