“I WONDER why I was born. There must be a purpose for me, otherwise why was I born out of everyone and everything? I might have been born a microbe, or an insect … isn’t that freaky?”

These are words from my teenage diary, written when I was fifteen. I don’t think I’ve ever had such a deep thought in my head since. I remember being relatively quiet and composed during my teens — apart from giving my mother the silent treatment for an entire year.

Other girls had tantrums or threw hairbrushes or buried their parents in shallow graves. My hormones pushed me to ‘sullen’.

Anyway, flicking through the pages of my ‘tome’ (an old ledger book Dad brought home from work), another me is revealed — a tortured, overly sensitive and hugely tiresome girl, roiling in every emotion ever imagined.

It makes for bottom-clenching reading.

I’ve just watched the American movie Jesus Christ Superstar. Whenever I watch something like that (the same happened in Chorus Line), I get all choked up and speechless because of the sheer emotion that comes from it.

Carl Anderson was just fantastic as Judas. Mum tells me not to marry a negro, but if I want to I will. To me they always seem so much more sensitive. They have the most beautiful hands. In fact I’d rather marry a negro.

I’m blushing as I type.

The word ‘sensitive’ gets a real workout.

‘I’d love to marry a sensitive guy’, ‘No other mortal could be as sensitive and moving as Elton John’, ‘He’s beautiful looking and he looks sensitive.’

If I played a drinking game and knocked one back every time I read the word ‘sensitive’ in my diary, I’d be Oliver Reed before I was through the first page. 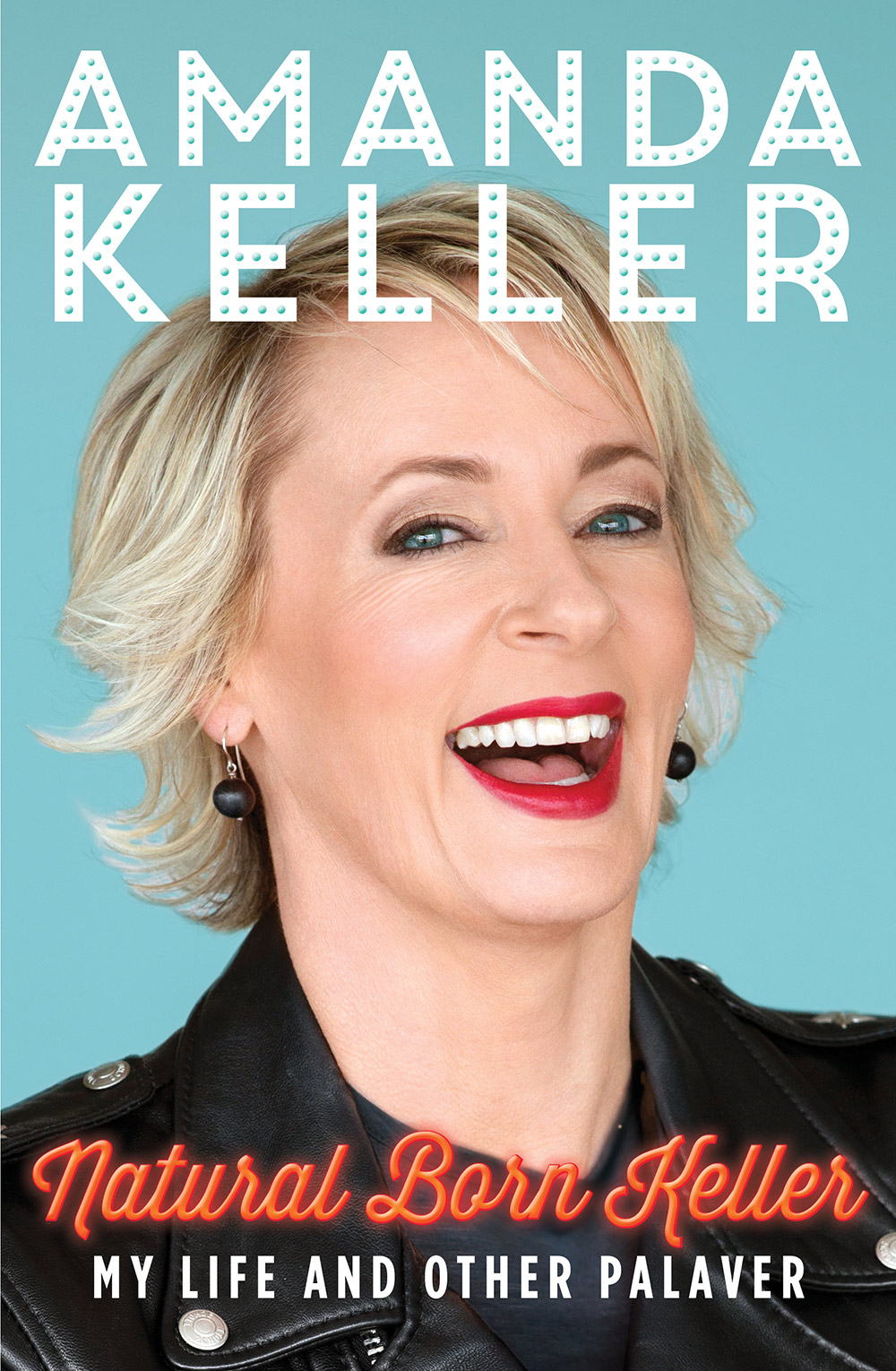 The diary records a crush my friend Melanie and I had on a boy we met at the Umina Caravan Park one summer holidays.

We didn’t know his name so we dubbed him ‘Todd’ and we pretty much stalked him around the clock, mysteriously bobbing up behind him in the surf as he was trying to catch waves, running like loons to catch up with him in the street, then casually sauntering past him and going into a shop to buy salt and vinegar chips. Or a Paddle Pop. Or maybe some mixed lollies. The food was immaterial.

None of this was easy to do while attempting to hold in our stomachs and hide errant hair sneaking out of our bikini bottoms. Finally, after two weeks of shadowing Todd’s every move like the world’s worst ninjas, Melanie and I plucked up the courage to say hi to him.

Seeing him sitting there by himself, I felt a great surge of courage, and before I knew what had happened I dragged Melanie over with me and said, ‘We saw you sitting here all alone and thought we’d come and keep you company’.

After all those days of thinking ‘nice in’ in the surf sounded obvious, this surely surprised me. He said (though he seemed a bit embarrassed), ‘Well, plant yourselves. Now what are your names?’ It was all so fantastically perfect and easy, and soon we were talking away happily … He isn’t all that sensitive, not outwardly anyway, but it doesn’t matter because he is very friendly and funny.

An example of his wit is as follows. His mother said to him, ‘You don’t drink any more do you Pete?’ and he said, ‘Well, I don’t drink any less!’ He had such a cute grin on his face when he said this, I’ll never forget it.

Well, with lines like that, as you can imagine, Mel and I spent the afternoon swooning … Here we were, talking to a boy in real life!

I asked him what football position he played at school and he had an embarrassed grin and then answered ‘reserve orange peeler’. Just little things like that are so precious. We put on some eclipse sun screen and he used our bottle … I’ll treasure it always. It was the most beautiful feeling. God he was gorgeous and nice and friendly and everything else.

The minute Todd (we still called him that even after learning his name was Peter) went back to his parents’ van that afternoon, Melanie and I pretty much plotted our futures together.

But the next day, disaster struck.

We woke up to the depressingly horrible sound of rain! We casually went snooping around his van, only to find it hooked up and ready to go! We went to the toilet and when we came back it was gone. We couldn’t believe it. We ran up to the office only to see the little van turn out of the driveway. That is the saddest picture I have ever seen — the very reason for our happiness, and so much a part of us, turn away for ever. Why is life so cruel?

Well, at least the swooning continued. Melanie came down with sunstroke from our afternoon with ‘Todd’. Still a bit wobbly the next morning, it was obviously her fault we had to go to the toilet, but you didn’t hear that from me. I can see now that I started my diary as a way of making sense of the death of my friend Allana when she was only fifteen. 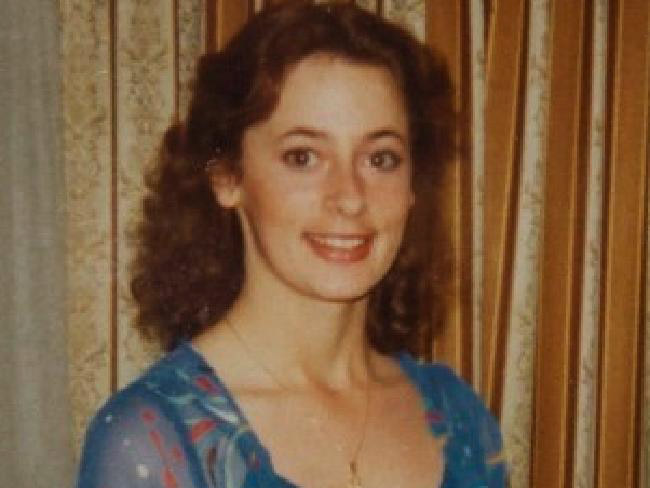 My first entry was about her and I continued to write about my dreams of her, my fears that she was lonely, my shock that this unimaginable thing had happened to her. I write about collecting a marked maths test Allana had done not long before she passed away. She died before the results came out.

She hadn’t done so well (she knew better than I did what was looming), so I hid the results so her parents would never have to see them. As a parent now, I now feel like weeping at the sadness of it all. As if her mum and dad would have given a rats. They’d lost their baby.

During Allana’s final days at home I’d sit by her bed, unable to tune out the sound of the buzzing of the old digital clock and the flipping over of its metal numbers as the seconds passed. I wondered how she could bear it. Reading my diary today, I want to reach into the pages and hug not only Allana but me. I was so hard on myself.

Allana had leaned over during Indonesian class and told me her leukaemia was out of remission. To my shame I was so confronted by this I pretended I hadn’t heard her. I was tortured by this for a long time. Being a teenager meant that appalling tragedy was wedged side-by-side with equally appalling teenage self-consciousness.

Just weeks after Allana’s funeral, I was convalescing at home with a chipmunk face swollen from having my wisdom teeth out when my brother, Cameron, unexpectedly brought a friend over (not just any friend, a giant spunk who was, quite possibly, very sensitive). How embarrassing!

This was the worst thing that could ever happen! To make things even more alarming, I think I was wearing my dressing gown! In the middle of the day! Cameron’s friend (I still remember his name — Tony) very kindly looked directly into my eyes as he spoke to me, which was no mean feat considering my cheeks and jowls were so bruised and inflated I could see them in my own peripheral vision.

Maybe, years later, if he ever saw Marlon Brando in The Godfather, he’d look back fondly at this special moment we shared. But all other crushes, with people real or imagined, paled in comparison to my overwhelming teen feelings for Barry Manilow, which all started innocently and hormonally enough. Those lyrics! It was as if he was speaking directly to me.

Melanie and I have been getting more and more involved with Barry Manilow. We feel as if we know him. He talks to you on the record and comes across as a deep, funny, sincere guy. Perfect hey? I’ve got a big ache inside me. I’m not going to like any guys now I’ve seen the perfect one. All the others seem insensitive and ockerish.

A quick flick on through the diary and words like SCRUMSH, OH BOY I WANT HIM, CUTIE, WOW, CORR, HOW I LOVE HIM, HE IS SO LIKE US leap out, scrawled in capitals.

And they are all about Barry. I can’t help thinking that now in New York (Barry’s home town) it will be 10 o’clock tomorrow and its freezing cold so I imagine me and him snuggled together in floppy warm jumpers in front of a fire, with hot chocolate.

I wish this would happen to me! I think part of Barry’s appeal for me was that — let’s face it — he wasn’t classically handsome. Some girls go for the spunks, like Marcia Brady having a crush on Davy Jones from The Monkees. She would, wouldn’t she? She was the calibre of girl who would secretly fantasise that she could get Davy Jones. 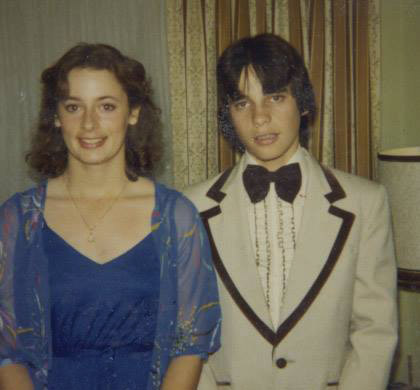 The rest of us were different. A friend of mine quite deliberately developed a crush, instead, on Peter Tork from The Monkees and even she described him as ‘the ugly one’. But somehow that made him attainable.

Barry was like that for me. He looked ordinary. Even his girlfriend looked ordinary … Of course, when I found out he had a girlfriend, I descended into a jealous funk. Another part of my fantasy has crumbled. Linda is his girlfriend and has been with him for more than 3 years! When we saw her at the Music Awards we thought she was his mother! She looks much older than him and she’s not beautiful or anything which proves how deep and loving he is.

Oh boy, Linda must be the luckiest woman alive. I can’t trust myself to listen to his record, I’ll probably break down and bawl. To think while he was singing those beautiful songs, he was thinking of her. I feel as though my insides are wasting away one minute and the next I’m OK.

I’m so stupid to think I had a chance, but knowing he is so involved with her makes me feel that little bit more useless and insignificant and deprived. Despite my heartbreak about Barry’s ‘other woman’ I continued to obsess about him, finding out whatever titbits of information I could.

These days, with Google and social media, you can learn everything there is to know about your idols in a few minutes. What breakfast cereal they prefer, whether they’re lactose intolerant, and which member of The Pussycat Dolls have given them love bites.

It was so much harder for us back then. I pored over teen mags at the newsagent, and even snuck home from school to watch the Dinah Shore talk show one day because it was ‘rumoured’ he was going to be on it. It was a dud tip.

Disappointingly, all I saw was the singer Charo mugging for the camera. I did find out that Barry lived in an apartment overlooking Central Park, so when Melanie’s parents went to New York her mum took a leaf from a tree in Central Park and brought it home for me. (It still sits in an envelope in my diary.)

I used to gaze at it for hours. Maybe Barry had looked at this very leaf! He felt so close! Though Barry memorabilia like leaves and records were special, they could only provide so much. When would I meet him? Barry encouraged my future planning by remaining unmarried. What a tantalising come on!

He was obviously waiting for me …

Natural Born Keller is available NOW at all good retailers.