The commercial is a parody of the popular 2014 Budweiser Super Bowl commercial “Puppy Love”.

What has infuriated people however is the ending.

This is Budweiser’s original commercial it was meant to parody.

People’s response has been that of outrage to the GoDaddy commerical .

Not sure how @GoDaddy thought its #GoDaddyPuppy ad was a good idea. Happy to hear it got pulled.

Thanks Go Daddy for making me never want to use your site after seeing your commercial. #Horrible #GoDaddyPuppy https://t.co/SuZmVhbLCQ

Since all the feedback GoDaddy has decided to pull the ad. 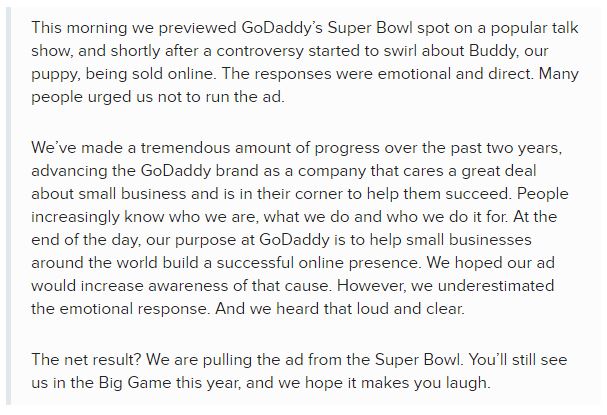 What do you think, did they cross a line?