Karl Stefanovic’s future with the Nine Network and his position as breakfast host on the Today Show is to be determined this week, and it’s understood that he is ready to move on.

The Today Show is closing in on Sunrise in the ratings, but after 11 years on the show – and the 3am wake ups that come with it – Stefanovic is now negotiating with network executives.

No clear replacement has come forward to replace the Gold Logie winner, but sports host Ben Fordham and Stefanovic’s younger brother Peter have been put forward.

Peter Stefanovic has a similar journalistic pedigree as Karl, and was recently announced as fill-in host for Weekend Today while Wendy Kingston is on maternity leave.

According to The Australian, insiders say Karl is looking for a permanent primetime gig, and is negotiating a seven figure salary. 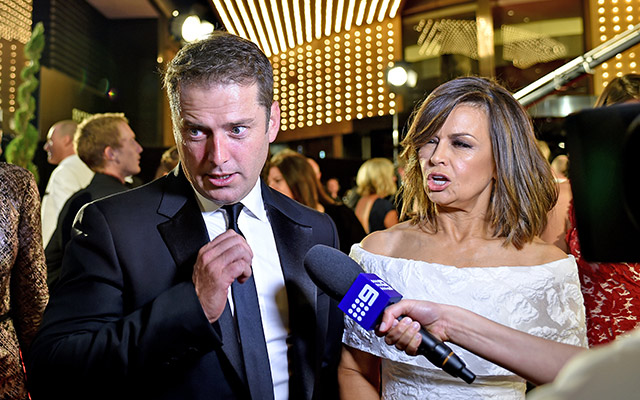 Source told The Sunday Mail that he is exhausted after a decade on Today, as well as his commitment to file six stories per year to 60 Minutes.

There is also speculation of tensions between Stefanovic and his co-host Lisa Wilkinson.

“I would like to do more news based stuff,” he told The Sunday Mail.

“A late show would be tremendous fun, something more entertainment focused, not like The Verdict.”

He recently appeared on new, struggling panel show, The Verdict, on Nine.

Despite its poor ratings it is understood it will return in 2016.