Rami Malek was treated by medics after falling off the Dolby Theatre stage following his best actor win at the 2019 Oscars.

While the incident wasn’t broadcast, images show the 37-year-old actor surrounded by medics, crew and fellow guests rushing to assist him.

The actor, who portrayed Freddie Mercury in Bohemian Rhapsody, appeared to be in shock following the fall, as he was treated in the front row of the venue during an ad break.

According to the Los Angeles Times, Malek did not suffer any serious injuries and managed to keep his newly-received Oscar aloft. 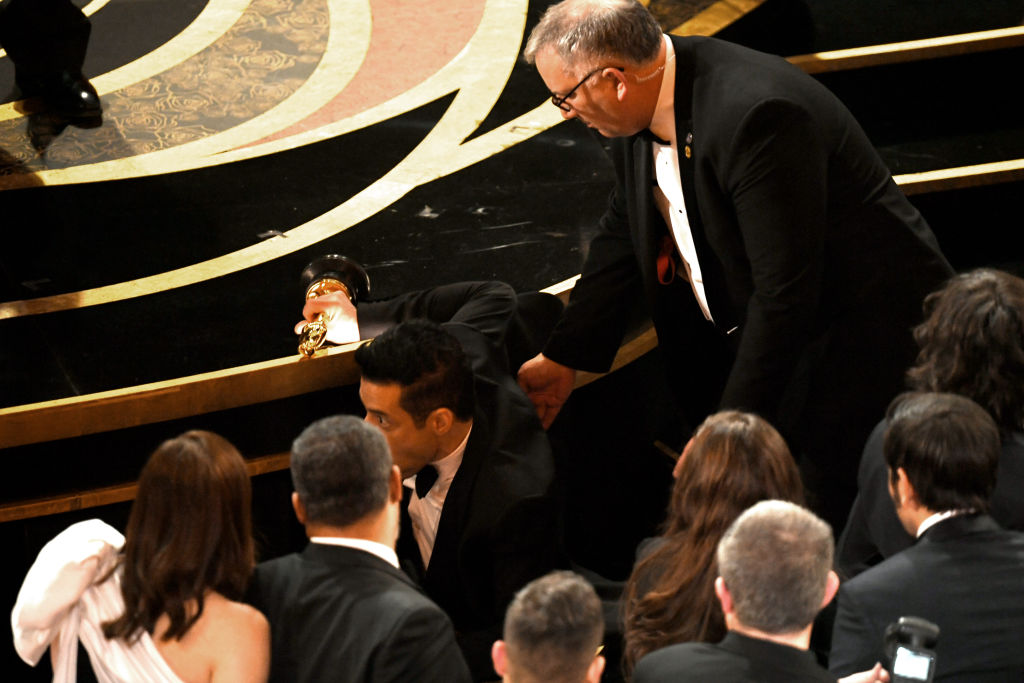 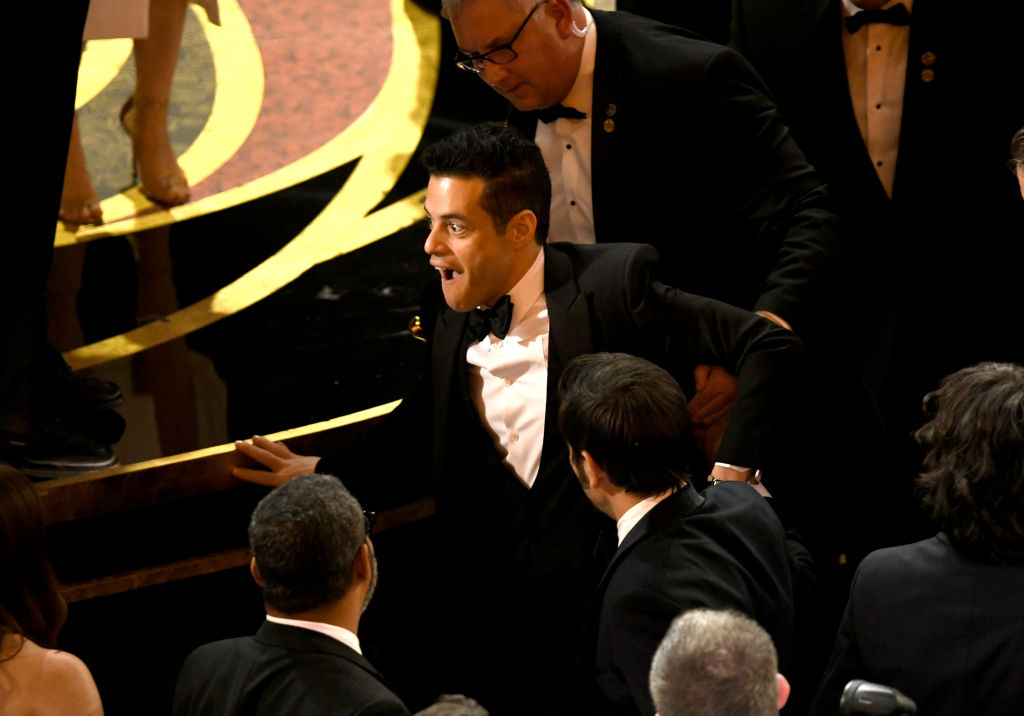 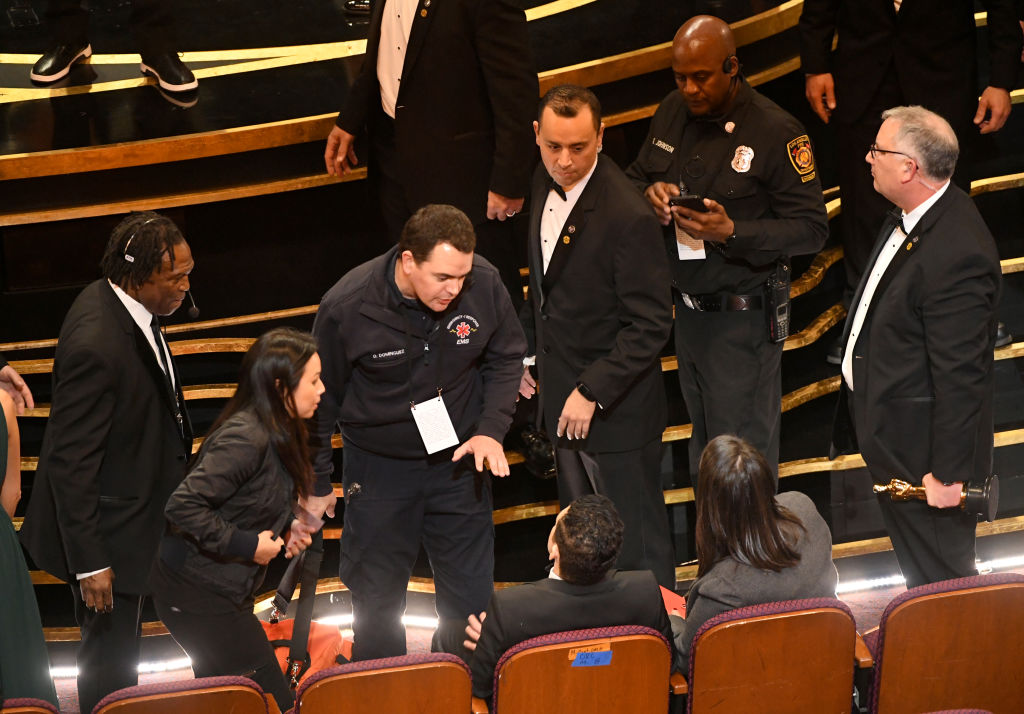 The fall meant the actor almost missed out on posing for the traditional acting awards photo with Best Actress winner Olivia Colman, and Supporting Actor and Actress recipients Mahershala Ali and Regina King. Fortunately, he was treated fast enough to take his place in front of the cameras.

Rami later appeared in the press room to answer questions, and showed no sign of injury.

No mention of the fall was made. 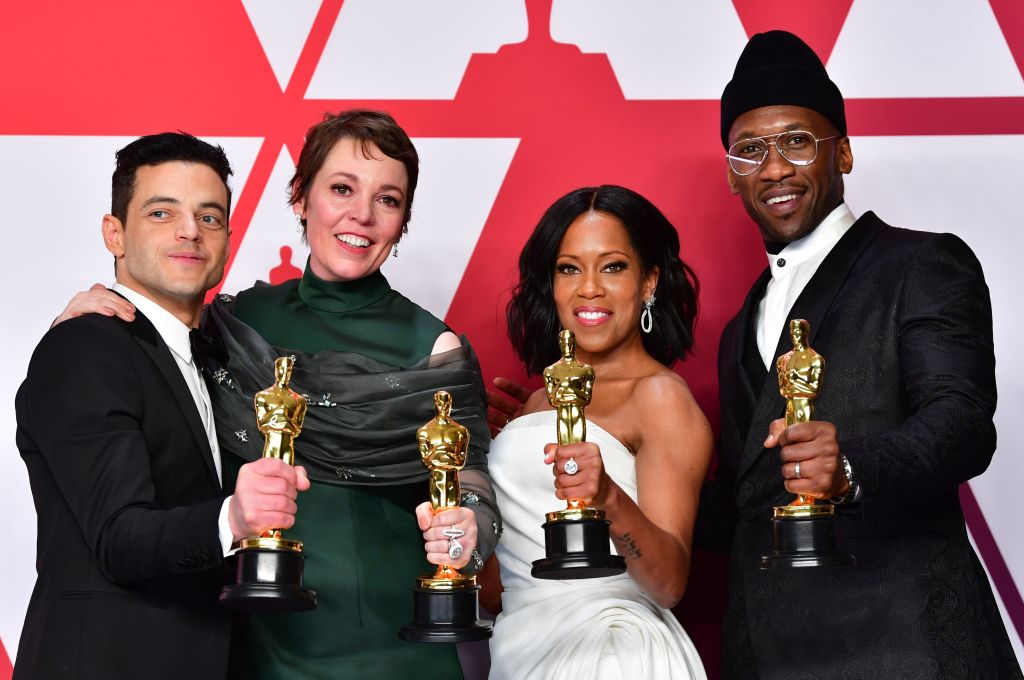 It was otherwise a career defining night for the actor, who won the Best Actor gong for portrayal Queen frontman Freddie Mercury between the years of 1970 and 1985. He also received a Golden Globe and Screen Actors Guild Award for his performance.