The Seven Network and Melissa Doyle have announced that the veteran presenter will be leaving the network after 25 years.

In an official statement, Melissa wrote: “I have some personal news to share…after twenty-five years I am leaving the Seven Network.

“For half of my life I have called Channel Seven home and in that time I’ve had the privilege to share stories that mattered, meet incredible people and report on some of the greatest moments in history.

“I am incredibly proud of the work I have done and so grateful to have worked with some of the very best in my industry.

“And I am so appreciative of the trust and warmth our viewers have shown me. They have been part of my family – through Today Tonight, Sunrise, Seven News, Sunday Night and the multitude of programs I’ve been part of at Seven.

“I want to thank the consummate professionals I have worked with along the way, and in particular our Chairman Kerry Stokes for his constant support.

“Whilst I am sad to be leaving, I do so with a great deal of pride, satisfaction and gratitude.

“Every ending is a beginning and I’m excited for what comes next.” 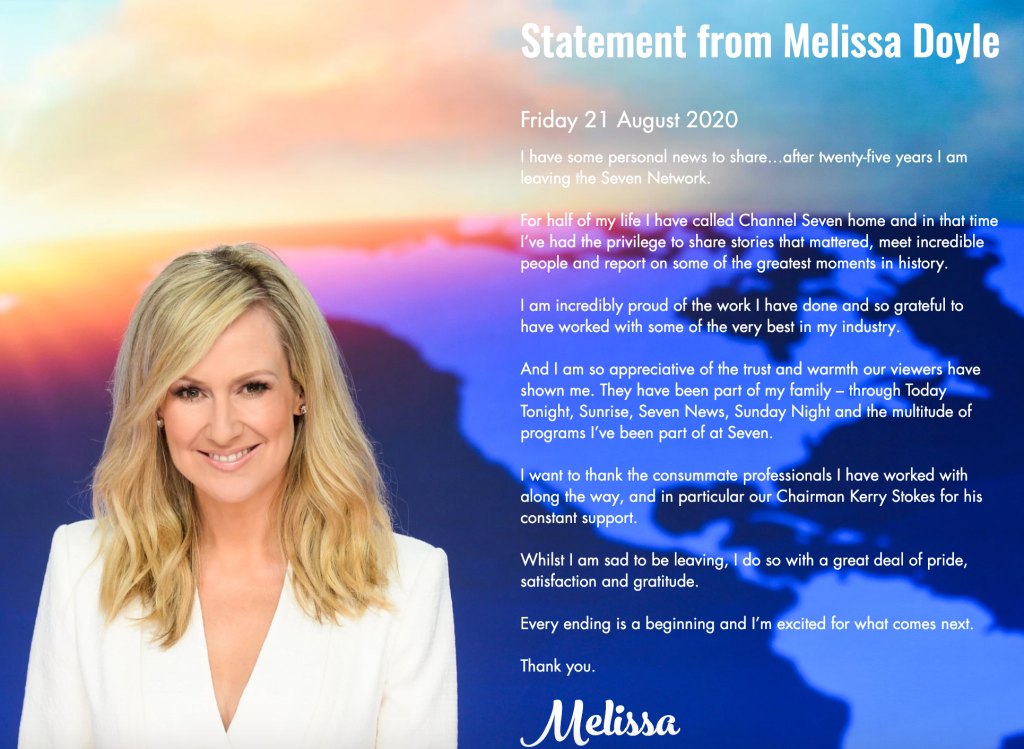 CEO and Managing Director Seven West Media, James Warburton also released a statement, saying: “Melissa has deserved every success that’s come her way and has been a huge part of the Network.

“On behalf of everyone at Seven West Media I want to wish Mel the very best and thank her for everything she’s done for the Seven Network.”

At 6pm tonight, Channel 7 will be broadcasting a special tribute to Melissa.

"I Love It": The Grey's Anatomy Star Who Has Been Stuck In Australia Since March