Netflix has had a huge quarter in the US, and has finally toppled TV company CBS Corp, which is the highest rating broadcast TV network in the US.

For the first time, Netflix’s market value has risen above CBS, and it is becoming clear how the streaming, on demand format is become favoured by viewers all over the world. 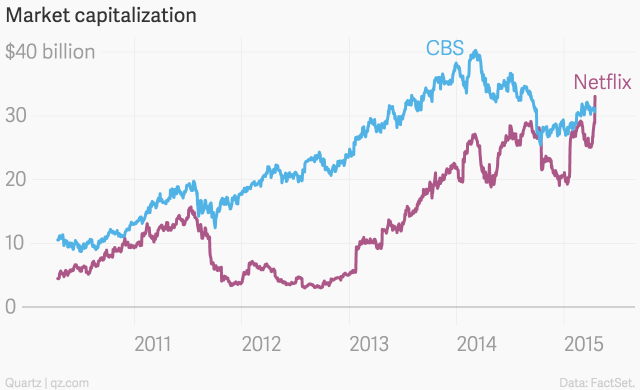 Netflix has been more watched than any cable channel in the US for years. It is now heading towards being the most watched service of any kind in the US, and likely the world.

Netflix recently launched in Australia, with the subscription based model proving popular in our country, much like Spotify.

What’s your favourite show on Netflix!?