It was only right that the American royal be there to welcome America’s oldest pastime time the U.K., and be in attendance to watch the biggest rivalry in baseball go head-to-head as the Boston Red Sox took on the New York Yankees at Queen Elizabeth Olympic Park. 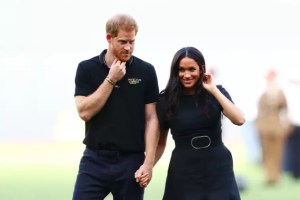 The couple did not only sit on the sidelines to watch the game. They also had meet-and-greet sessions with both teams. While meeting with the teams’ players and staff, the couple was even presented with a customized Red Sox onesie and mini Yankees jersey for baby Archie.

Prince Harry and Meghan’s day at the ballpark also included a reception with former UK and US Invictus competitors as Harry’s Invictus Games Foundation is the charity partner for the MLB London Series. 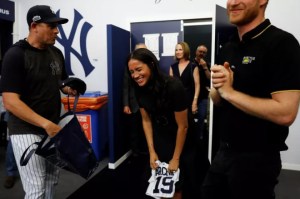 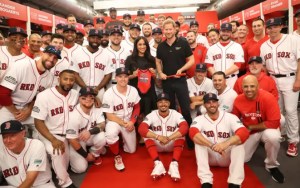 Saturday’s event wasn’t Prince Harry’s first time on the baseball field. The British royal threw the first pitch at a New York Mets game back in 2019 during his visit to the U.S.

Guy Sebastian’s Emotional Performance Of ‘Choir’ At The Logies

Why Banning Mobile Phones In Our Schools Is The Right Call