On Instagram, Scarlett – who featured on the fourth season of the hugely-popular show – claims that Bronson had no intention of finding love and was simply there for publicity.

In a series of Facebook messages, Bronson reportedly boasted to another woman (who remains anonymous) about being on MAFS, writing: “Not for meeting someone, just [for] the publicity for my boats”.

Bronson then added the hashtag “#cheeky”. 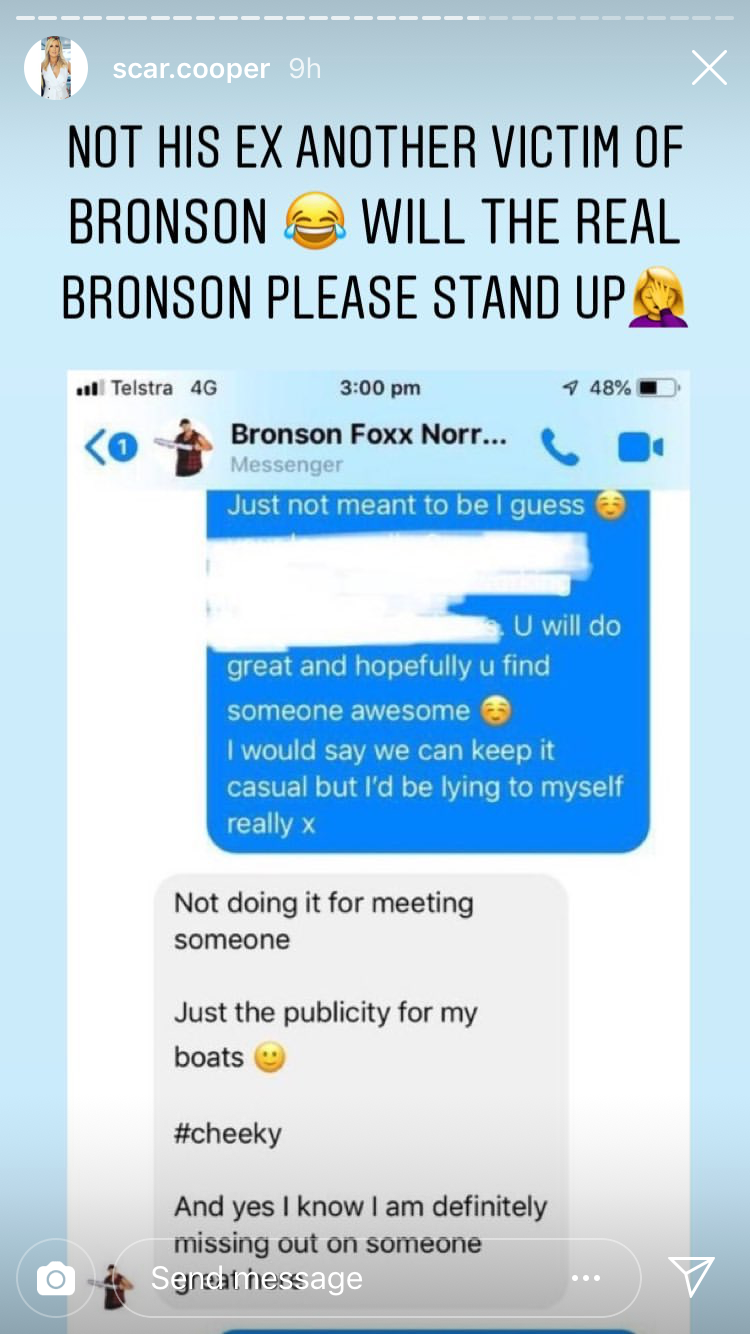 “Just because you see someone on TV portrayed a certain way doesn’t mean it’s who they are. Unfortunately in Bronson’s case, his skeletons are coming out,” Scarlett revealed in a video posted to her Instagram Story.

Watch the video above to hear Scarlett’s side of the story.