Bullying is one of the hardest things that children have to deal with – and the effects of that experience can stay with them for life.

For one victim of bullying, that was never more true.

ChadMichael Morrisette was bullied constantly while growing up in Alaska. The biggest perpetrators were the guys in the football team at his school.

“It wasn’t one guy [bullying me] it was six or seven guys who would follow me in the hallways, harassing me, insulting me, threatening my life.”

However, earlier this month, Morisette received an unexpected surprise.

One of his former bullies reached out to him via Facebook to apologise, 20 years later.

Louis Amundson was after forgiveness. This is what he wrote. 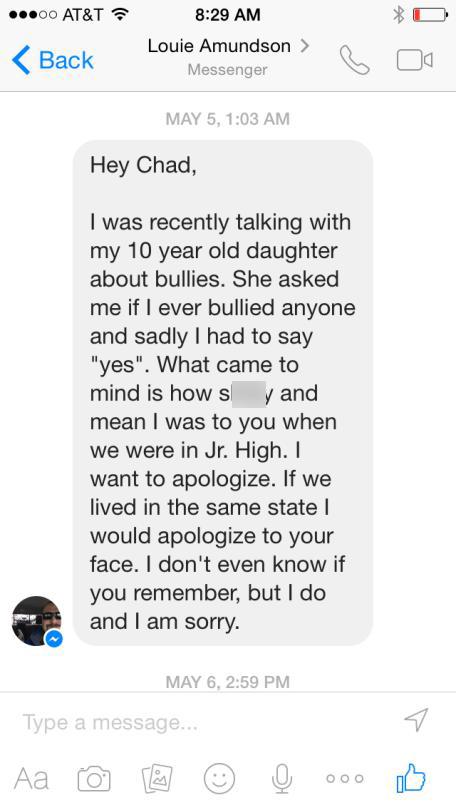 Surprisingly, Morrisette didn’t remember him because, ‘there were so many bullies it was hard to name them all.’

“It unlocked something in me I didn’t realize I’d been holding onto. I cried a little bit. It was so moving.”

While forgiving doesn’t come easy to most, Morrisette, now a successful visual designer in Hollywood, accepted his former bully’s apology. 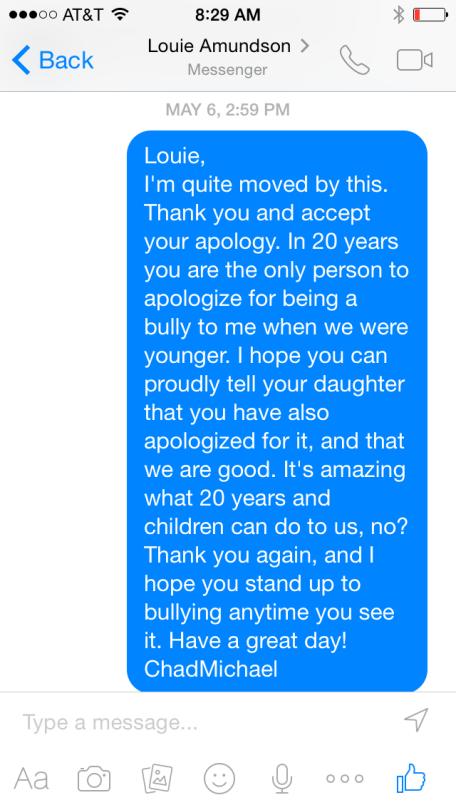 According to Elite Daily, for Amundson, receiving forgiveness for his past behavior was a bit overwhelming.

“[I felt] humbled and ashamed and relieved all at once. I owed him that apology, he did not owe me his forgiveness. The fact that he was able to forgive me showed that I may have been the bigger kid but he is he bigger man.”