Why did the Kangaroo cross the road?

The photo was taken by Reddit user Brotary in Mt Buller, Victoria, where the roo was waiting on the side of the road. 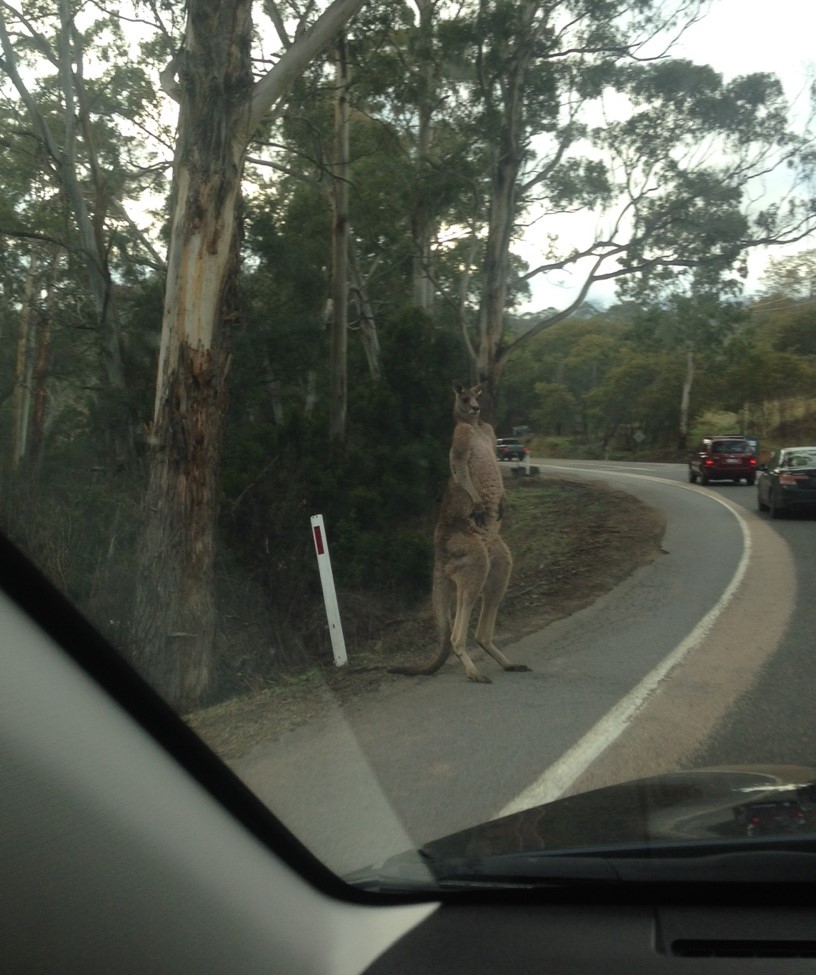 But the real question is: what was he waiting for?

“You got some weird crossing guards down under,” another wrote.

“I don’t know about you, but I’d call that an unreasonably sized roo.”