Television vet Dr Harry Cooper has opened up about his beloved father and the loss of his daughter during an emotional portrait sitting for Anh’s Brush With Fame.

The 77-year-old became teary when talking about his father’s dedication in making his career aspirations come true.

After graduating in 1966, the vet confided in his father about wanting to get into a partnership at a vet surgery, but admitted to not having the money.

“He said, ‘I’ll mortgage the house for you, son’. Now, that was a big deal for my dad, who’d been through the Depression,” he reflected with Anh Do.

Being able to return the deeds to him remains “one of the greatest days” of his life.

He then went on to recount the death of his eldest daughter, Tiffany, in 2010.

The 37-year-old had just welcomed her second child when she complained about soreness in one of her hips.

After reading her father the report, he immediately “knew what it meant”.

“I put the phone down and I walked out onto the veranda, and I looked to the sky, and I said, ‘Take me. Children are supposed to outlive their parents. Take me,'” he said.

“Nobody quite knew where it had come from, but as it turned out, it was colon cancer. 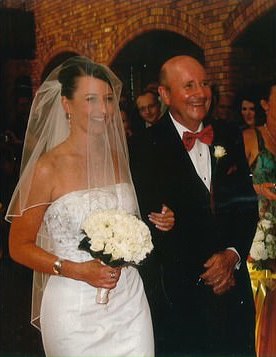 The much-loved vet also opened up about his beloved TV sidekick, Rosie the border collie.

While filming the popular lifestyle program Harry’s Practice in 2000, he received a call from his home in Tasmania about Rosie.

“She had a tumour on her liver… it’s inoperable,” he said.

“So I said to my colleagues in Launceston, ‘Don’t let her wake up, mate. Put her down.'” 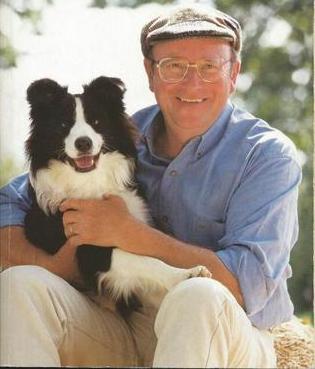 Choking back tears, Cooper recalled his close bond with the Collie who made it to age 11 with a huge fanbase of Harry’s Practice fans.

“I always said, I didn’t make Rosie… Rosie made me. Of all the animals in my life that I owe something to, I owe it to Rosie,” he explained.

“I received something like 12,000 cards, letters and parcels when she passed.

“Rosie will always be the best dog ever.”

You can watch all episodes of Anh’s Brush With Fame here.

It Looks Like Simon Cowell Is Our New Grey Wiggle And It's Already A No From Him!