EVERY Australian is a fan of Oscar® nominee Hugh Jackman, but not everyone is as much of a fan as former Premier Tony Abbott.

In Jackman’s new film, The Front Runner, he plays American politician Gary Hart and we can’t help but get SERIOUS Tony Abbott vibes from him, the resemblance is an absolute double-take! 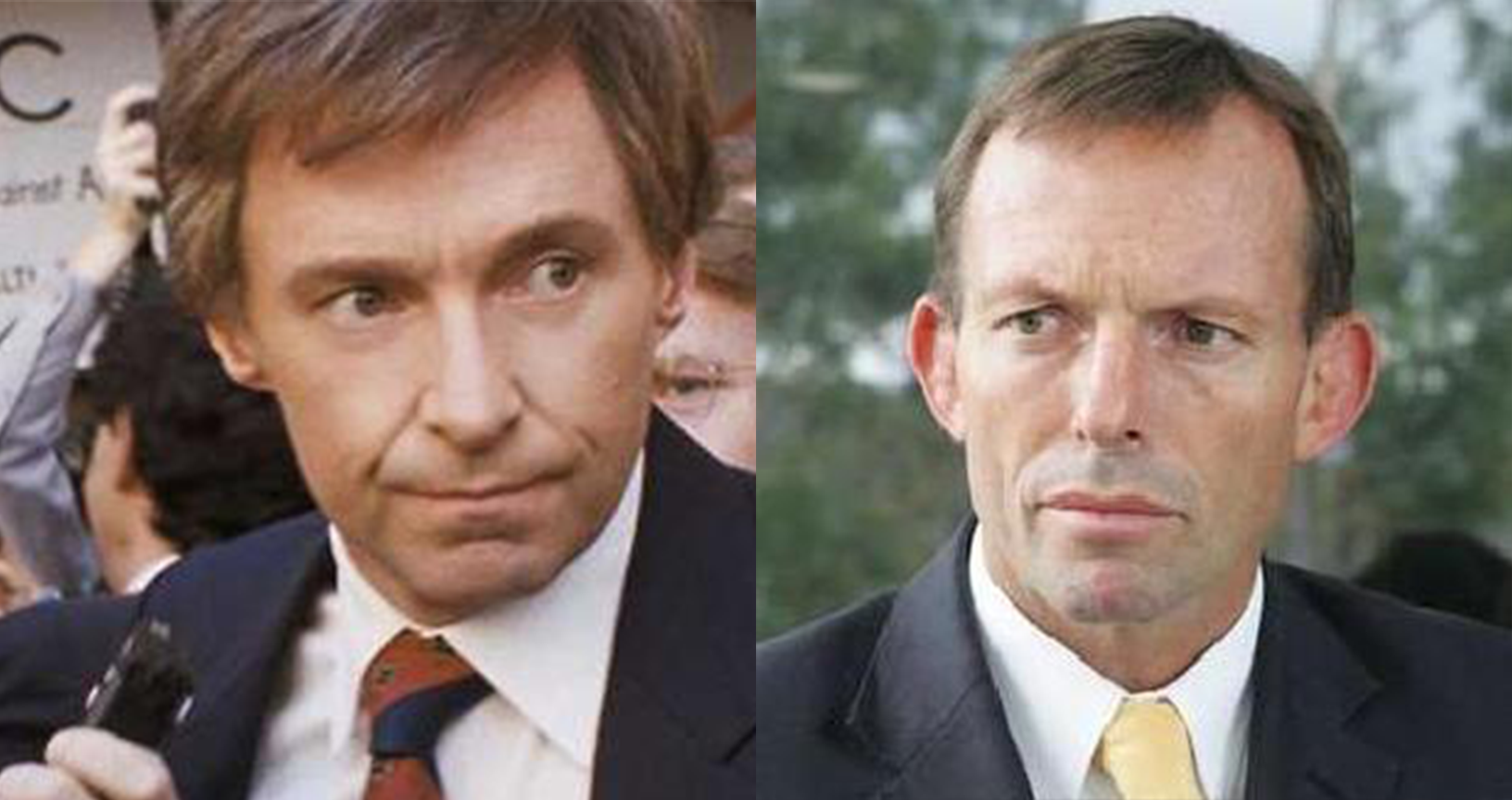 The film follows the rise and fall of Senator Hart, who captured the imagination of young voters and was considered the overwhelming front runner for the 1988 Democratic presidential nomination. Can’t say the same for Abbott’s last campaign!

Although we may not be able to unseen the resemblance, we’re sure Hugh will be up for another Oscar® nominee with his incredible performance in the role.

Darrell Lea Back Home With 'Chocolate Centre Of Excellence'

Pauly Fenech Tells Us About Australia’s Deadliest Down Under

Jonesy & Amanda Get A Pep Talk From Jamie Lee Curtis