On February 4, 2007, a storm was forecast for the Super Bowl, which was being held in Miami.

But it’s just a game of gridiron, right? Sport gets played in the rain all the time, right?

Thing is, it was the organisers of the halftime show that were on high-alert – the infamous event had never been played in the rain, let alone torrential downpour.

A month before, the legendary Prince was announced as the halftime act…. and that act was made up of lighting effects, pyrotechnics and a customised stage in the shape of Prince’s logo.

The one thing they didn’t take into consideration was the weather, more specifically, this kind of weather. 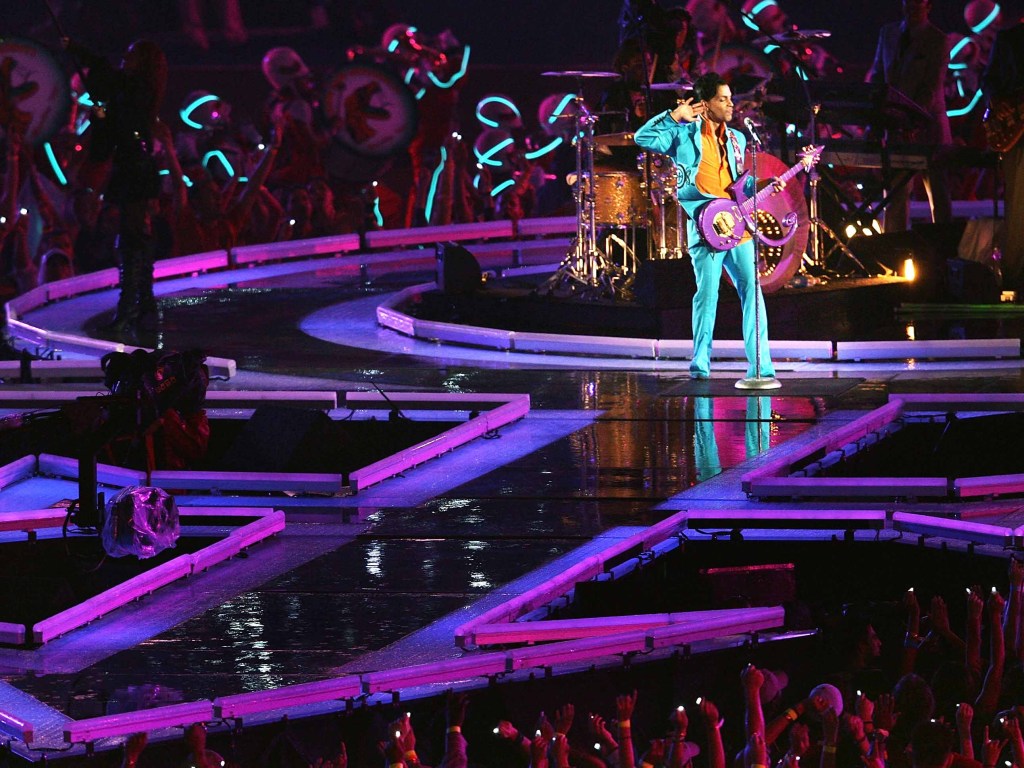 “I knew that the executives were concerned about the rain and about electrocution,” Ruth Arzate, Prince’s personal assistant/manager recently told The Ringer.

As showtime drew closer, the idea of a lip-synched recorded performance was floated. I mean, it was safer.

According to Azrate, Prince was clear.

So the Prince-logo stage, which was an assembly of 48 pieces, was rolled out into the pouring rain.

That’s where something went wrong – part of the stage was wheeled over a cable, severing it.

(Remember, this is moments before the live halftime act which was watched by over 90 million people)

Executive producer Don Mischer recalled the man who pulled off a move which really, could’ve killed him.

“There was a man on our lighting crew whose name was Tony Ward,” he said.

“And Tony, realising we were now counting down to going on the air, took his pliers and stripped the insulation off the three cables. And he inserted them into a plug, just raw, and held that for the entire 12-and-a-half-minute duration, in the rain. To keep the lights and all that working.”

“I’m glad I didn’t know about that until afterward,” Mischer admitted of Ward’s electrocution-defying work.

“Because that would’ve scared the hell out of me.”

You won’t be able to watch the performance quite the same way again:

The Unscripted ‘Farmer Wants A Wife’ Moment That Blindsided Producers

'House At The Edge Of The World': Seven Boss Spills 'Big Brother' Details