Prince Harry and Meghan Markle’s 2 hour Oprah special captured the attention of the world and now it’s been nominated for an Emmy Award.

Harry and Meghan had the world abuzz with their controversial claims against the royal family. And now they could be award winners for their interview…okay not Harry and Meghan, but Oprah and the producers of the special. 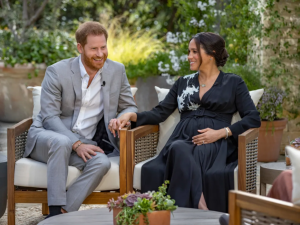 They’re not the only royals looking at winning big. The Crown has received a whopping 24 nominations, alongside The Mandalorian. Other strong contenders include Wandavision, Ted Lasso and The Handmaid’s Tale.

Oddly enough Emily In Paris has scored itself a nomination in ‘Outstanding Comedy Series’ and uhhh…did we miss the memo that it was good? Look it was a cute little binge, but can’t say I was cackling myself watching it.

Have a look at the full nomination list here.

CONFIRMED: Beauty & The Geek's George Goldfeder Is A Working Actor