While there were no deaths in episodes one and two of the eighth season of Game Of Thrones, we’re expecting a ‘Red Wedding 2.0’ type of situation to happen in episode three.

With the residents of Winterfell facing the Night King’s Army of the Dead, it’s inevitable that some of our favourite characters are going to die.

A fellow Game of Thrones fan posted an insightful chart to Reddit, ranking the main characters by how likely they are to survive the upcoming battle. 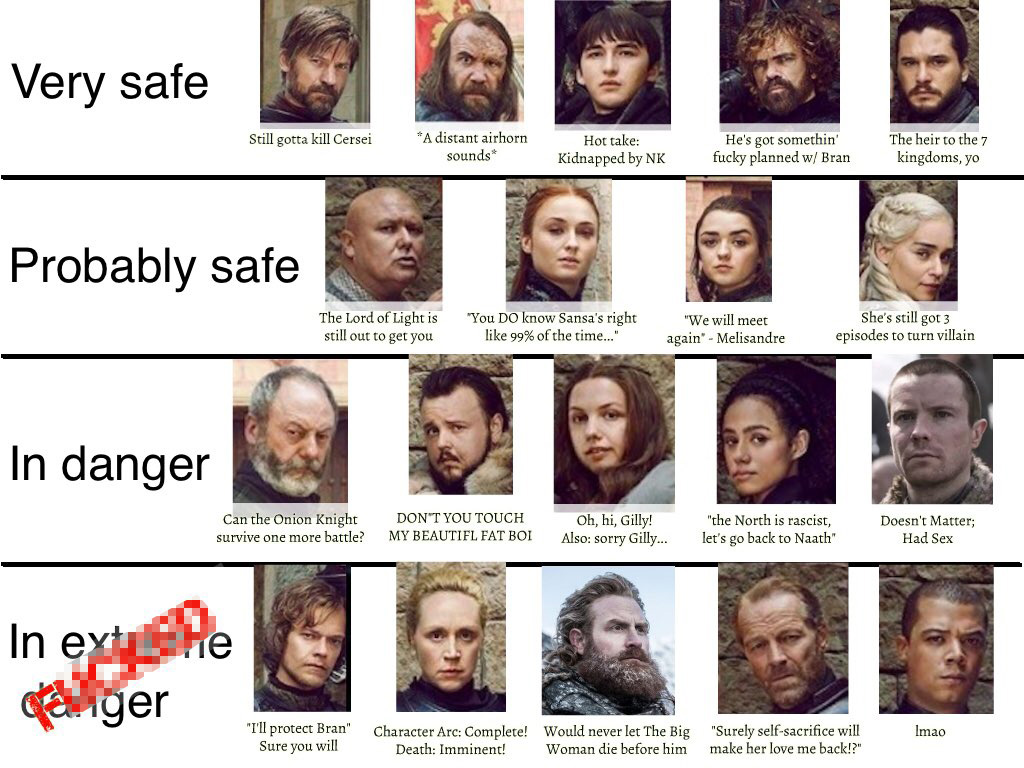