Elvis’s “Takin’ Care of Business” and lightning bolt motto is emblazoned on the bodywork, although since its days on the road in the 1970s its soft furnishings have been refitted in dusty peach.

Fully roadworthy, it seats 12, has nine sleeping berths and comes equipped with air conditioning, a fridge, a microwave, televisions and speakers. There are even chandelier-style lights in the lounge area. 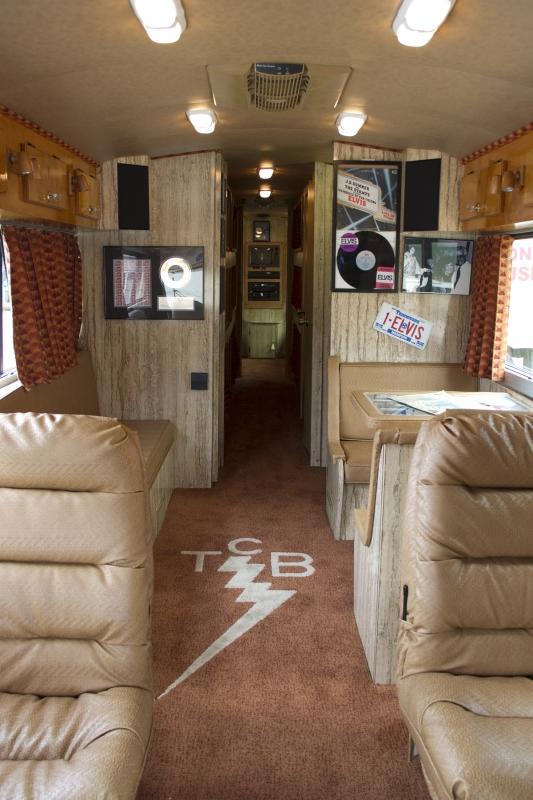 It was bought by a mobile homes specialist in Texas, the CEO of the California-based auction house Julien’s Auctions, Darren Julien, told AFP.

The bus sold with a framed copy of the $US25,000 cheque that Elvis made out to friend and mentor JD Sumner, leader of The Stamps, for the down payment. 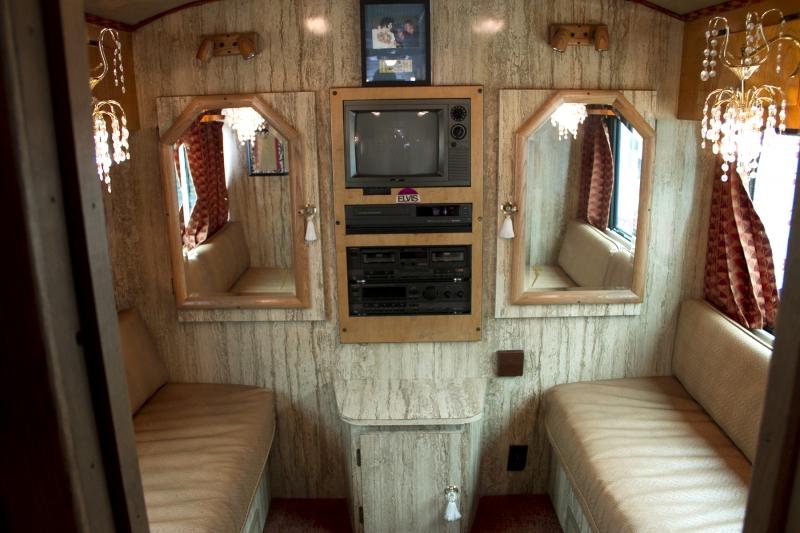 Elvis once gave it a joy ride, calming Sumner’s nerves by promising to buy him another if it crashed, said Martin Nolan, executive director of Julien’s Auctions.

“He took the bus out from Graceland and he drove right out into the country and then he was worried, ‘how am I going to turn this bus around’, so he drove into a cornfield, drove back out again and back home,” Nolan told AFP. 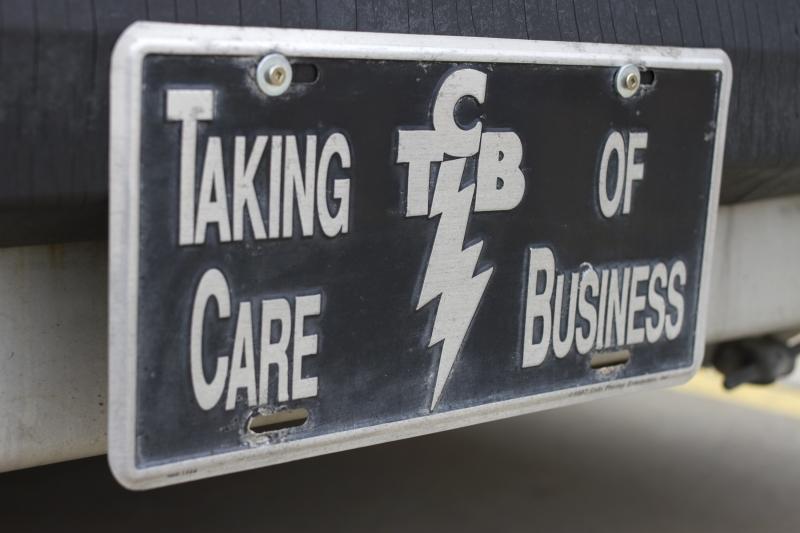 Auctioneers say Elvis is king when it comes to generating bucks on the block and Julien said there had been “huge interest from the Middle East, Russia and Asia” in his memorabilia.