We love when a celebrity is a ringer of their parents or grandparents, it’s like a gift of another generation – especially if the elder was an absolute legend. 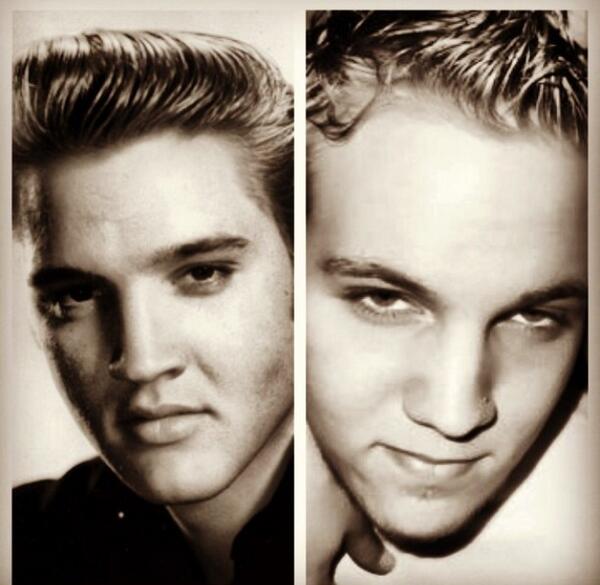 A rare photo of Elvis Presley’s grandson, Benjamin Keough, has been released after he and his mum, Lisa Marie Presley, stepped out on the red carpet in Las Vegas for the opening of the Elvis Presley Theatre at the Westgate Las Vegas Resort and Casino last week.

The internet has errupted with before and after shots revealing the uncanny resemblance between the two.

The likeness doesn’t stop there, Ben’s sister Riley Keough, who is a little more comfortable with the spotlight also bears quite a likeness to her late grandfather.