Rolf Buchholz, the world’s most pierced man, has been barred from Dubai, where he was turned back at the airport on his way to a hotel appearance, a newspaper reported.

Airport officials gave no reason for refusing entry to the 53-year-old German, who sports 453 piercings plus two horns on his forehead, local daily Al-Emarat Al-Youm said.

They put him on a flight to Istanbul, it said.

A spokesman for the hotel where Buchholz was scheduled to appear said its management had failed “despite all its attempts” to win permission for him to enter the emirate, the report added.

Dubai is considered the most open of the conservative Gulf monarchies. 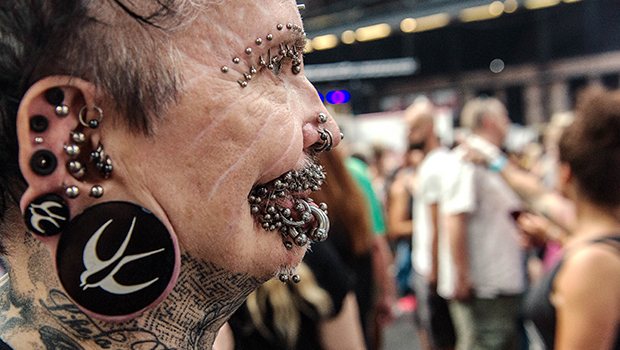 Vowing never to return to Dubai though his luggage was still there, Buchholz said on Twitter: “At the end I got an answer why I can’t enter Dubai.

“The immigration thought I am Black Magic.”

The information technology worker was recognised by the Guinness Book of Records in 2012 as the world’s most pierced man. AAP