Dolly Parton’s classic hit ‘Jolene’ has proven so popular that it’s almost taken on a life of it’s own.

Now, a video made by a fan over six years ago has taken off after it was given Dolly’s seal of approval! 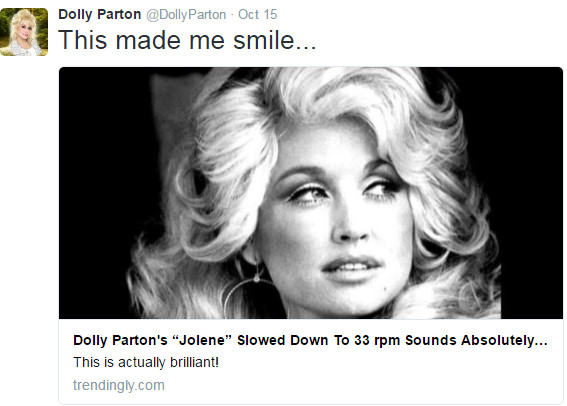 Tom Berry filmed the original 1973 vinyl single being played on his turntable at the slowed down speed of 33rpm’s instead of 45.

Dolly’s voice almost sounds like a man’s, and we wonder how long until someone decides to record their own version using this style?

Fight For Your Flashback Was The Absolute Pits!

Terrifying Moment Shark Smashes Into Cage With Diver Inside