Shocking footage has emerged after a little girl was swept up by a passing cyclist outside her home.

Three-year-old Lucie was crossing the footpath, following her mum to go along on the school run when she was caught up in the passing cyclist’s bike and dragged several metres. 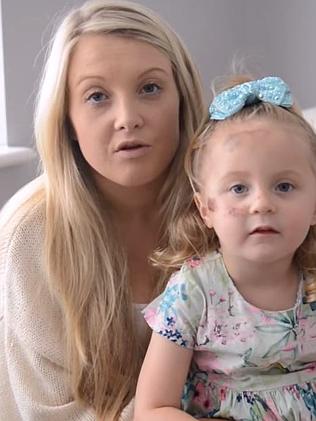 The bikerider, Andrew Holland, 23, claims that his life has been ruined by the incident that could have killed the little girl.

He said that he had been both verbally and physically abused since the release of the CCTV footage that showed him ploughing into the little girl outside her home in Blackpool, England.

The video shows the little girl being swept up by the pedals of the bike and dragged along with her face scraping the pavement as Mr Holland continues to cycle until noticing the little girl. 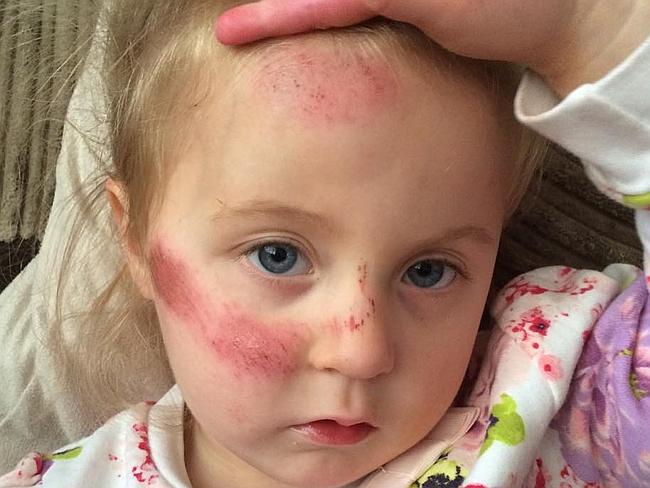 Mum Lauren Howarth, 26, said at the time: “One minute she was behind me and the next she was further along the street, sprawled across the pavement. I thought she was dead. There was blood coming from everywhere. She was hysterical, screaming at the top of her lungs.”

Ms Howarth, a mum-of-three, said Mr Holland started hurling abuse at her and her partner, Matt, after getting back up on his bike and fleeing the scene.

“As soon as he got up he started swearing at us, as if it was Lucie’s fault that he had hit her. The next thing we knew he’d gone.”

“It would have been nice for him to put a note through the door to check how she is. For all he knew, she could be dead,” she said.

Mr Holland’s family said he did not flee the scene, but was driven away by his 64-year-old dad George who happened to be driving by down the street.

“His life has been destroyed,” he said about his son.

According to News, Mr Holland said he didn’t know it was illegal to drive on the footpath.