Terrifying footage from many onlookers shows the moments dozens of onlookers had to flee as the enormous MSC Opera, as the cruise ship raced towards the banks of the Giudecca Canal in Venice at 8:30AM on Sunday (Local Time). Two towboats can be seen trying to keep the vessel under control, but one cable snaps, settling the Opera‘s fate.

My God. Absolutely frightening video of what happened this morning in Venice when a cruise ship lost control approaching the pier #grandinavi pic.twitter.com/2rJseEdk4N

The company that owns the ship, MSC Cruises, claims the ship had a mechanical problem that sent the Opera out of control, just before it was supposed to dock at the San Basilio Cruise Terminal in Venice. The Giudecca Canal, where the incident happened, is one of the main thoroughfares into the famous Saint Mark’s Square in Venice.

The footage captured by many bystanders shows the Opera bearing down on the wharf, horns blaring and a voice calling over loudspeaker for people to get out of the way. Footage from in front of the ship also shows the confusion as bystanders battled with which direction to escape the oncoming vessel. Pino Musolino, chairman of the Northern Adriatic Sea Port Authority, claims four people were injured in the incident.

Here the video from people angle escaping from cruise ship losing control approaching the pier in Venice.
The noise of siren and of clash is totally frightening, looking like a scene from a disaster movie #grandinavi pic.twitter.com/TGIIR2oFut

One of the towboats trying to get the cruise ship under control gets separated from the Opera as it passes behind a docked riverboat, the River Countess, severing the cable between the towboat and the Opera.

Cruise Ships have, for many years, been a hot topic for locals in Venice, with many claiming that their presence is harming the historic foreshore. Danilo Toninelli, Italy’s Transport Minister, thinks this incident could be the catalyst for change; “Today’s accident in the port of Venice proves that cruise ships shouldn’t be allowed to pass down the Giudecca anymore,” he said, “after many years of inertia, we are finally close to a solution to protect both the lagoon and tourism.” 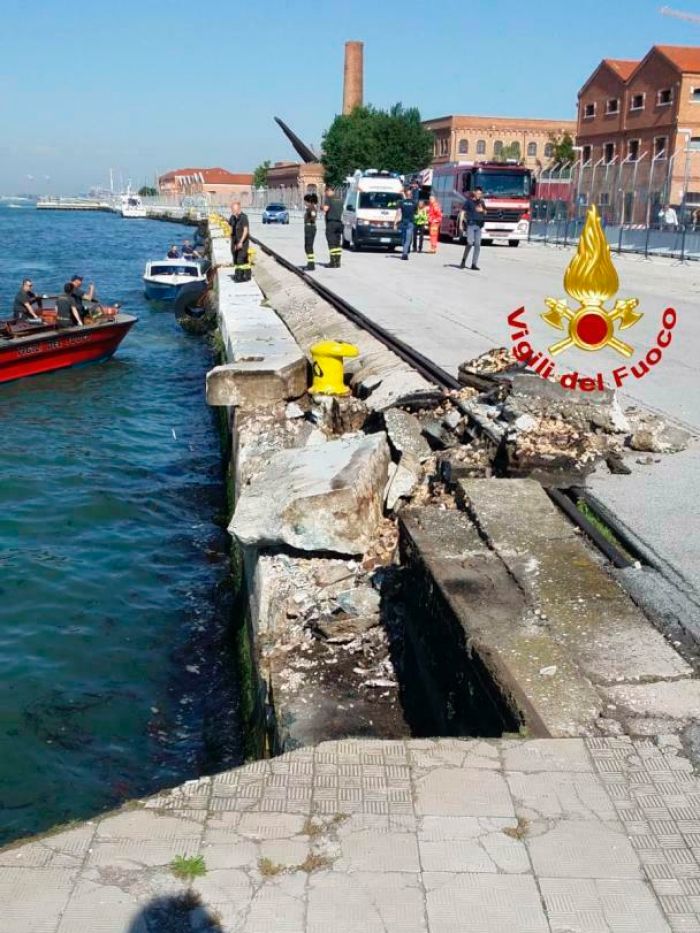 The MSC Opera clocks in at a massive 65,591 Gross Tonnes, meaning that trying to steer the ship away from the canal’s bank was effectively a lost cause the moment the ship had mechanical issues.  Davide Calderan, the president of a towboat association in Venice, said “the two towboats tried to stop the giant and then a tow cable broke, cut by the collision with the river boat.”

Breathless view of from the cruise ship itself crashing into Venice pier #grandinavi pic.twitter.com/rSccvAyTZv

Over the last year, Venice has hosted nearly 600 cruise ships, but could this be the sign that they’re on the way out?

OPINION: We Would Have Been Better Without The New Metro

Sydney's New Metro Line Has Had A Total Meltdown Again

The Voice's Jack Vidgen Reveals How Different Life Is