Ginger Baker, the volatile and propulsive British musician who was best known for his time with the power trio Cream, has died at 80, his family says.

Baker’s family said on Twitter that he died on Sunday: “We are very sad to say that Ginger has passed away peacefully in hospital this morning.”

Baker wielded his blues power and jazz technique to help break open popular music and become one of the world’s most admired and feared musicians. 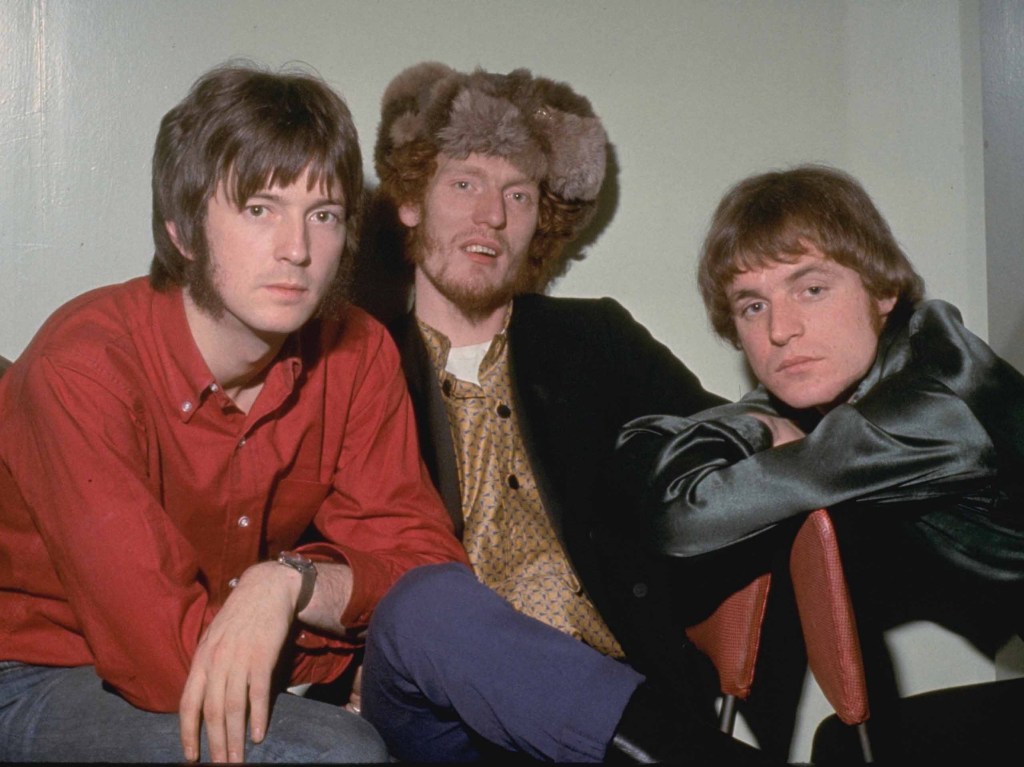 With blazing eyes and orange-red hair, and a temperament to match, the London native ranked with The Who’s Keith Moon and Led Zeppelin’s John Bonham as the embodiment of musical and personal fury.

Using twin bass drums, Baker fashioned a pounding, poly-rhythmic style uncommonly swift and heavy that inspired and intimidated countless musicians. But every beat seemed to mirror an offstage eruption – whether his violent dislike of Cream bandmate Jack Bruce or his on-camera assault of a documentary maker, Jay Bulger, whom he smashed in the nose with his walking stick.

Ginger Baker, great drummer, wild and lovely guy. We worked together on the ‘Band on the Run’ album in his ARC Studio, Lagos, Nigeria. Sad to hear that he died but the memories never will. X Paul pic.twitter.com/Rne4tn6A2i

Sad news hearing that Ginger Baker has died, I remember playing with him very early on in Alexis Korner’s Blues Incorporated. He was a fiery but extremely talented and innovative drummer. pic.twitter.com/tZg3IGwP4Z

Cream was among the most successful acts of its time, selling more than 10 million records. But by 1968 Baker and Bruce had worn each other out and even Clapton had tired of their deafening, marathon jams, including the Baker showcase “Toad,” one of rock’s first extended drum solos. Cream split up at the end of the year, departing with two sold-out shows at London’s Albert Hall. When told by Bulger that he was a founding father of heavy metal, Baker snarled that the genre “should have been aborted.”

To the surprise of many, especially Clapton, he and Baker were soon part of another super group, Blind Faith, which also featured singer-keyboardist Stevie Winwood and bassist Ric Grech. 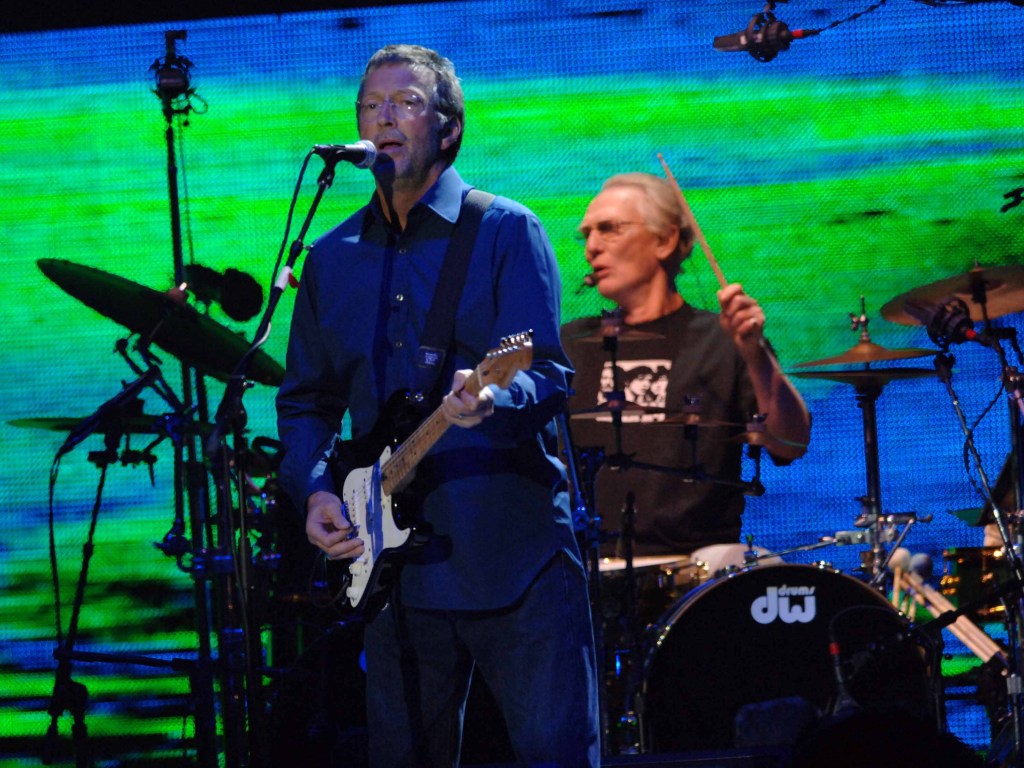 Eric Clapton and Ginger Baker of Cream at Madison Square Garden in 2005.

From the 1970s on, Baker was ever more unpredictable. He moved to Nigeria, took up polo, drove a Land Rover across the Sahara, lived on a ranch in South Africa, divorced his first wife and married three more times.

He recorded with Kuti and other Nigerians, jammed with Art Blakey, Elvin Jones and other jazz drummers and played with John Lydon’s Public Image Ltd.

He founded Ginger Baker’s Air Force, which cost a fortune and imploded after two albums.

He endured his old enemy, Bruce, when Cream was inducted into the Rock and Roll Hall of Fame in 1993 and for Cream reunion concerts a decade later. Bruce died in 2014. 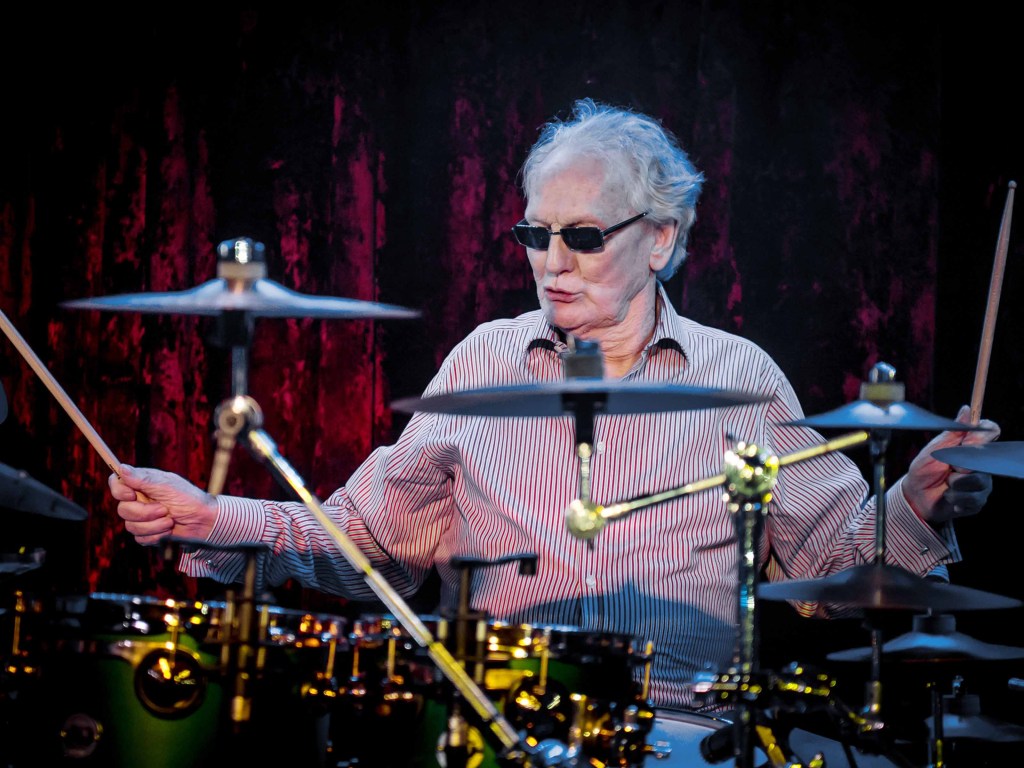 Ginger Baker performs with his band Airforce 3 in London, 2016.

Baker continued to perform regularly in his 70s despite arthritis, heart trouble, hearing loss dating from his years with Cream and lung disease from smoking.

No strangers to vices and not a fan of modesty, he called his memoir Hellraiser: The Autobiography of the World’s Greatest Drummer.

1/2 As a young musician few drummers stood taller or were a bigger musical influence than Ginger Baker…I will never forget the awesomeness of seeing him perform with Cream at Massey Hall on June 5 1968 along side the late great Jack Bruce and Eric Clapton. pic.twitter.com/U033iRN1ke

– he always had nice things to say about the Kinks – i feel bad but he had a good run – love and blessings Dave Davies nice drumming in this song @GingerBDrums https://t.co/sTZJHvp1FC #RIPGingerBaker 2/2

RIP Ginger Baker – who thrilled us all with his massively innovative drumming in CREAM. When I advertised on my (Imperial) College notice board for a drummer to form a group with, I put “‘Wanted : a drummer who can… https://t.co/FnDtbN91Sr

Rest well Ginger. Thank you for all that you gave us. ❤️https://t.co/EflIPdg320

So much freedom in his playing. What a wildman. Rhythms we’ve hear all our lives he plucked them out of the sky. Rest In Peace Ginger Baker. https://t.co/e3L4IHodhT

KISS To Play For Great White Sharks While In Australia

Top 8 Christmas Rom-Coms, Because Love Actually Is All Around!