The 46-year-old Australian arrived at London’s Banqueting House on Saturday evening to be presented with the accolade which has gone to a long line of prominent actors.

Wearing a white gown with sequins cascading from the shoulders, she stepped onto the red carpet to sign autographs before entering the elegant 17th Century Banqueting House to receive the award. 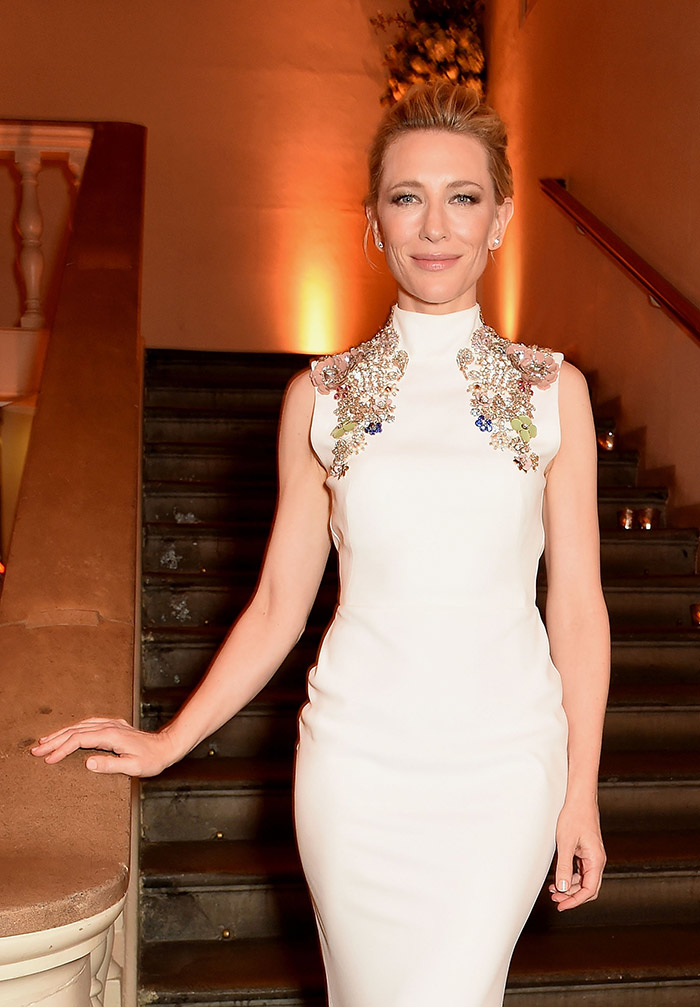 “To be honoured by the British Film Institute is such an incredible honour, particularly given the list of people who’ve been honoured before me,” she told reporters on the way in.

“So many people who’ve been a great influence on me creatively – and also I’ve long adored cinema from this region, so I feel incredibly blessed to be here tonight.”

Two of Blanchett’s new films – Carol and Truth – have had gala screenings at the institute’s London Film Festival this month.