She welcomed daughter Evie into the world in March, and won the top gong at the Logie Awards last month.

Now Carrie Bickmore might have a third milestone to celebrate, after The Project presenter stepped out on Wednesday with rings on her wedding finger.

The 34-year-old Channel Ten star, who’s been in a relationship with partner Chris Walker for several years, wore two silver bands on her left hand.

Daily Mail Australia has contacted representatives for Carrie to clarify.

The popular presenter, who’s currently on maternity leave but hoping to return to The Project desk next month, looked like a rock star as she strolled the streets of Melbourne with her daughter’s capsule resting in the crook of her elbow.

The blonde turned heads as she ran errands in St Kilda wearing a denim jacket, leopard-print pants and heeled boots, carting her precious cargo with ease

Evie is Carrie’s second child – she also has son Ollie, eight, from her marriage to late partner Greg Lange, who passed away from brain cancer in 2010.

She paid tribute to him in a brave Logie Award acceptance speech, in which she put a beanie on her head and encouraged Australians to ‘wear a beanie for brain cancer’ to raise awareness and funds for research into the disease, which kills more people under 40 in Australia than any other cancer.

Carrie is enjoying the last days of her maternity leave but is no doubt eager to return to her team at The Project.

She’s set to return to her co-host chair next month, after just three months off. 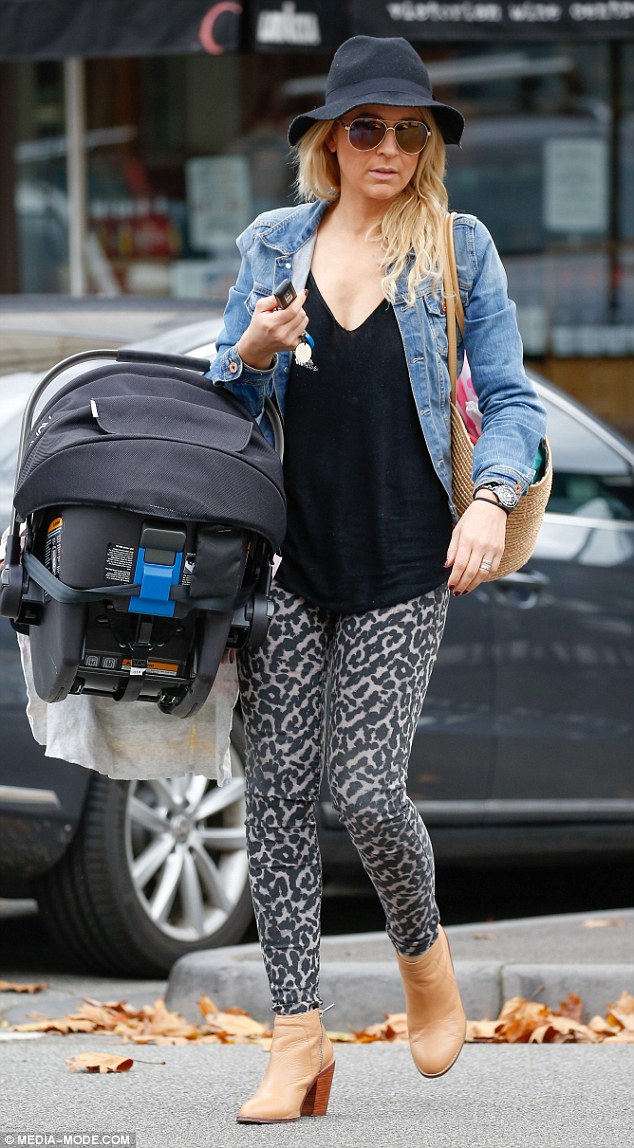 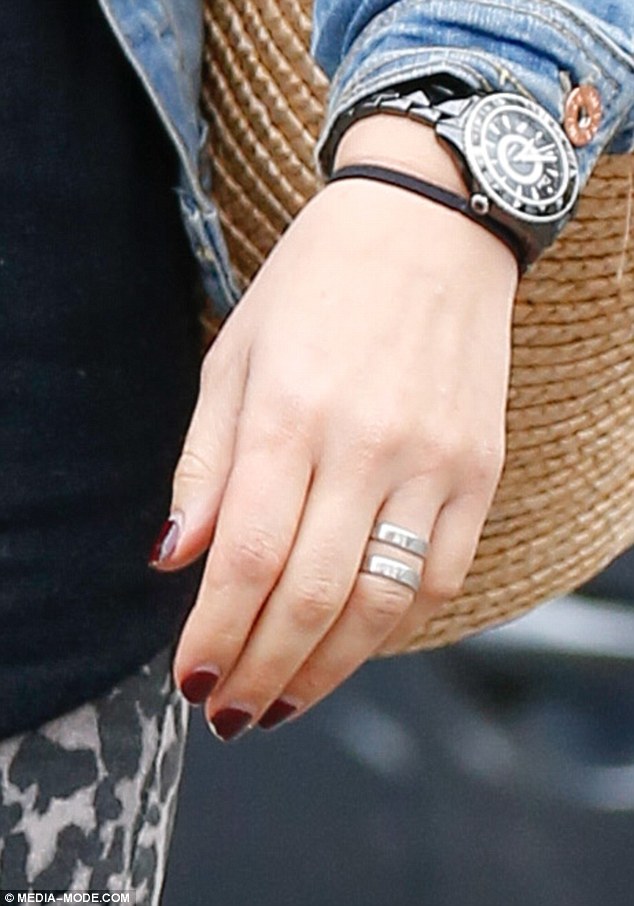