Weddings are already pretty expensive as it is, but a designer has released a new “bride selfie stick”, that a bride can carry down the aisle instead of a bouquet.

Because of course, we needed MORE photos of the big day!

It’s called the narciss-stick and it’s Swarovski crystal encrusted and will cost you about $500. 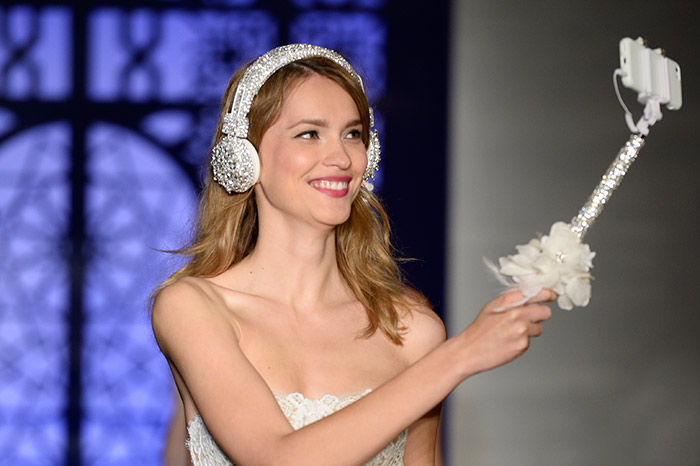 A model walked down the runway at the Reem Acra Fall 2016 Bridal show and showcased the crazy gadget. 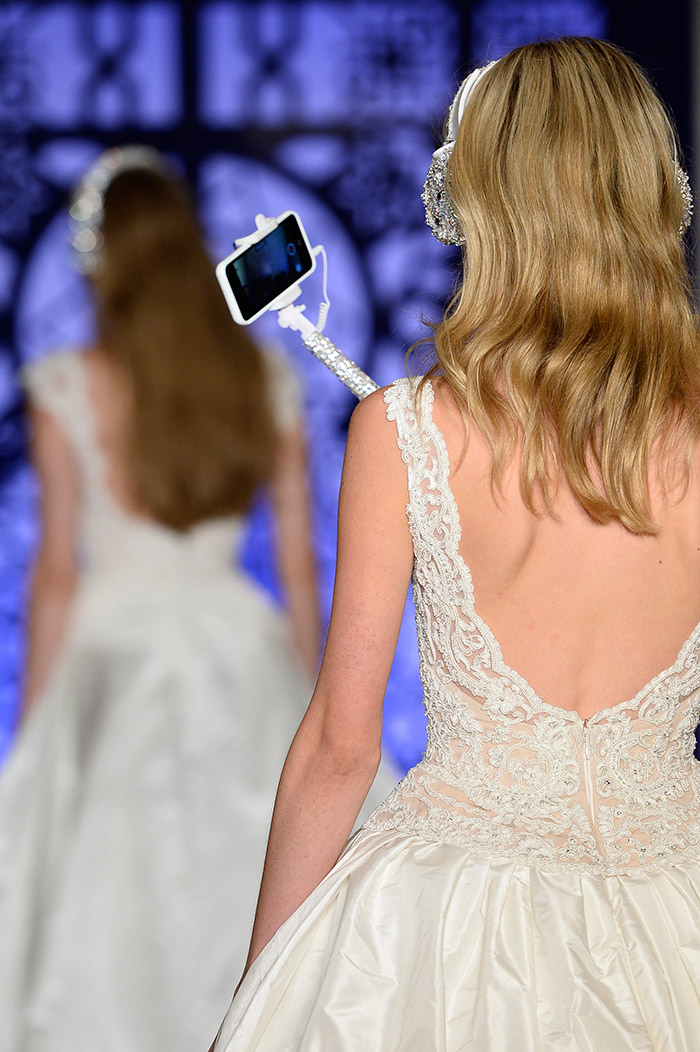 Acra has told Vogue that the tech piece, along with crystal-encrusted headphones were “a way for me to communicate a bride’s desire to tune out the rest of the world and simply have fun.”