A bus has burst into flames on Sydney Harbour Bridge causing traffic chaos for commuters.

Passengers were evacuated from the bus as soon as flames became visible. Luckily no one was seriously injured, but Police say two passengers were treated at the scene for minor smoke inhalation.

Motorists are being advised to use the Sydney Harbour tunnel or avoid the area all together due to heavy congestion. All northbound lanes have been closed. 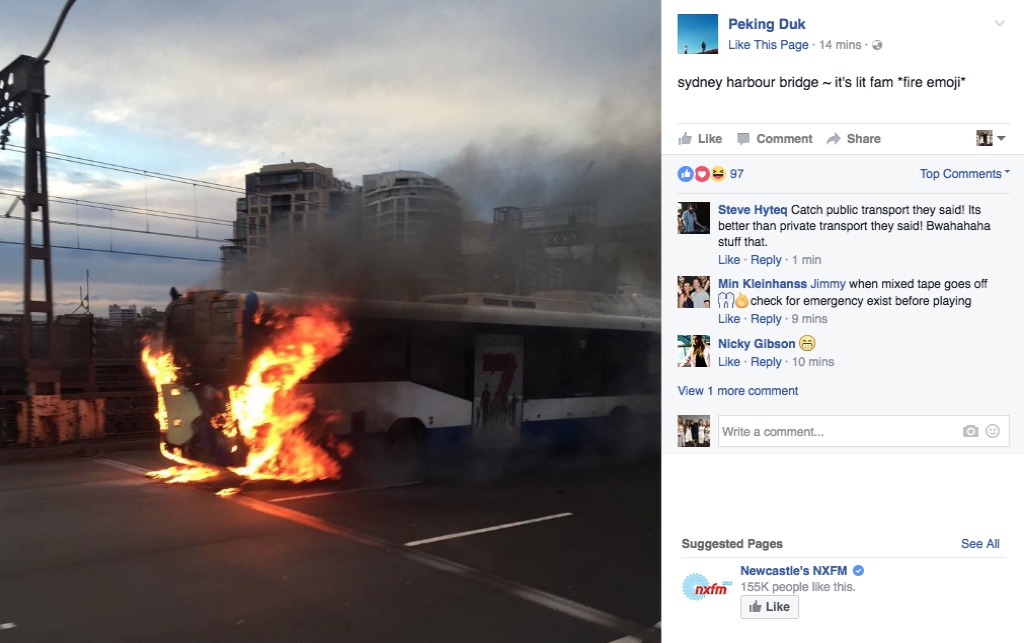