While the SAG awards 2020 was a big night for all of those who won an award, the biggest winners were all of us at home. Why? Because it gave us a glimmer of hope that the genetically perfect former couple Brad Pitt and Jennifer Aniston could be getting back together.

In case you somehow missed all of their seemingly flirtatious behaviour here’s a basic summary of how it went down.

Brad won an award for outstanding performance by a male actor in a supporting role for Once Upon A Time… In Hollywood. During his acceptance speech he joked about his failed marriage with Angelina Jolie.

“Let’s be honest, it was a difficult part,” Pitt said on stage. “The guy who gets high, takes his shirt off and doesn’t get on with his wife. It’s a big stretch. Big.” Lol.

After the joke the camera of course panned to a smiling and clapping Jen Aniston in the crowd.

Minutes later, Jen won the award for outstanding performance by a female actor in a drama series for The Morning Show. As she gave her speech, Brad was filmed backstage watching her on a monitor smiling proudly.

And if that wasn’t enough to leave us reeling, after both of their wins the exes were snapped backstage having a friendly chat, laughing and even Pitt grabbing Aniston’s hands! 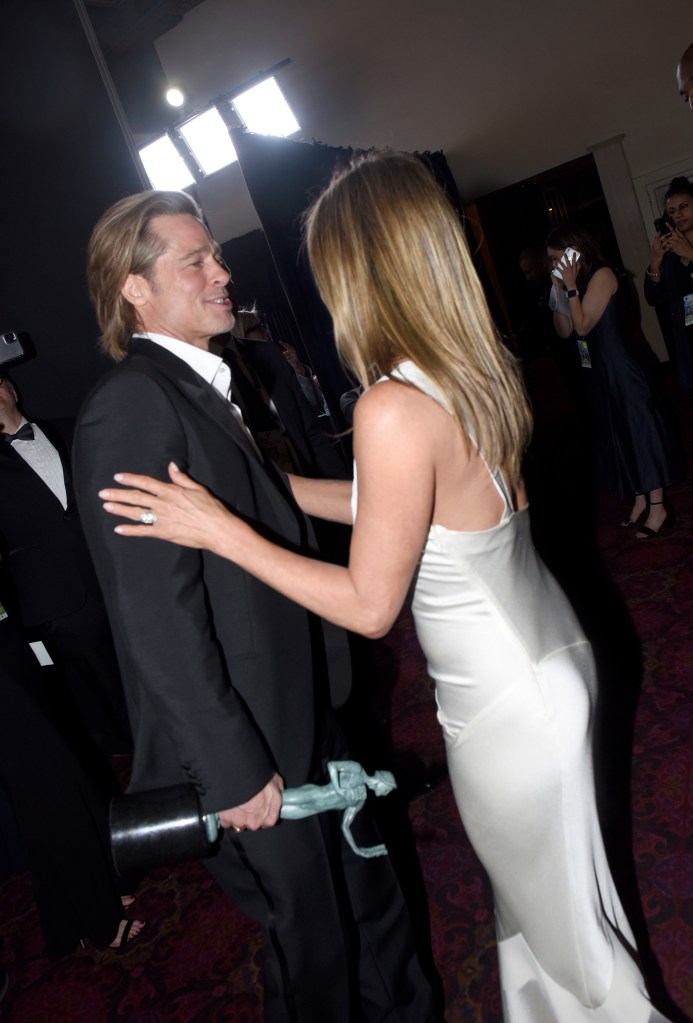 What do you think? Is 2020 the year for a Brad and Jen reconciliation?

Hear Jonesy & Amanda’s Brad and Jen couple chat in the podcast below!