A Liberal backbencher believes Australia should follow Ireland and have a referendum on gay marriage, but he does not support it himself.

Ireland has become the first country in the world to approve gay marriage by popular vote.

“If you are going to make such a fundamental change it should go to a referendum. I think there is a reasonable argument for that,” Senator Zed Seselja told ABC television on Sunday.

Independent senator for Tasmania Jacqui Lambie backs a referendum over a conscience vote of the federal parliament, but does not support gay marriage itself.

“We have an elderly population here in Australia … I don’t think you are going to get the same result that has just happened in Ireland,” she told Sky News.

An overwhelming 62 per cent voted “Yes” to legalise same-sex marriage in Ireland. 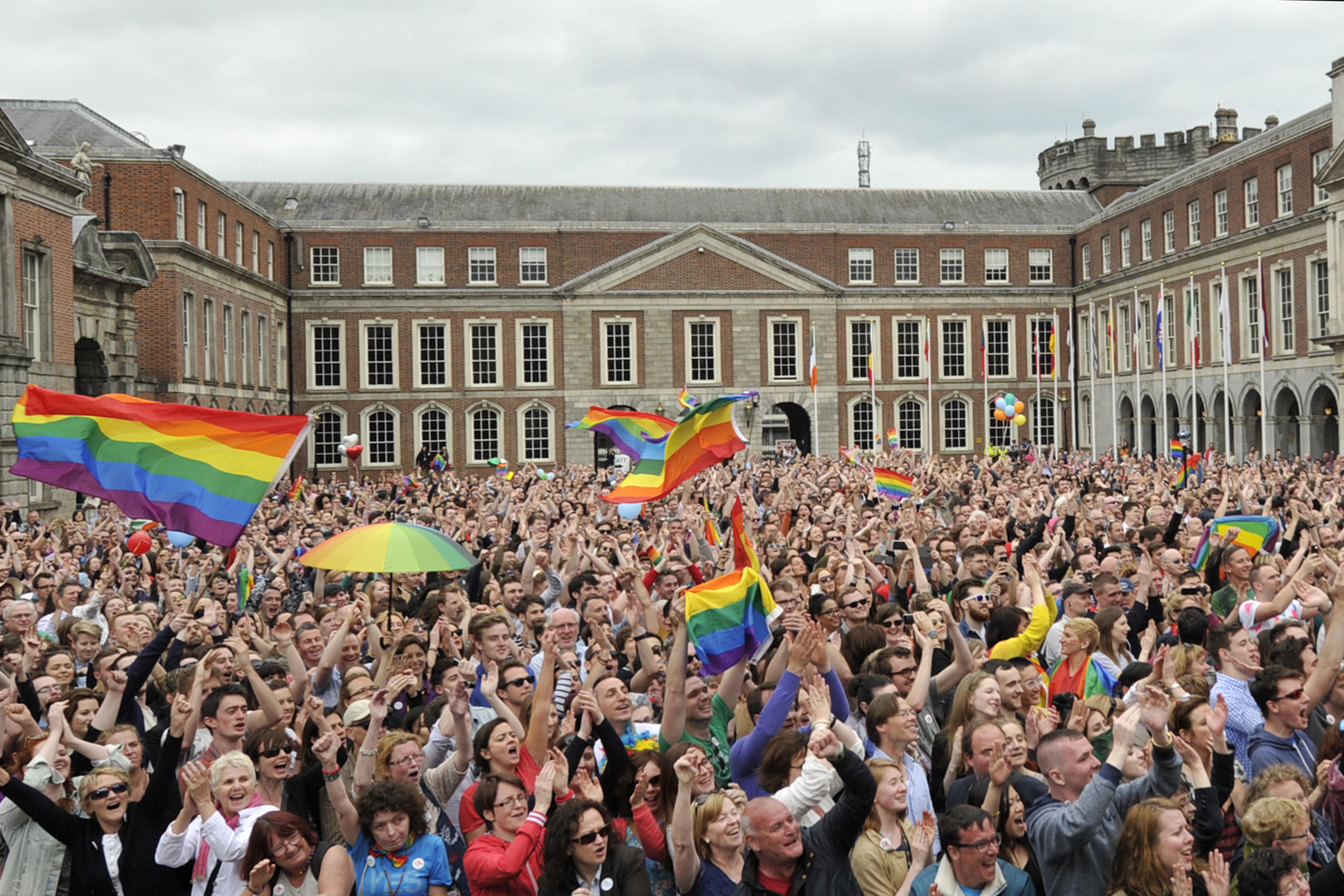 Independent senator Nick Xenophon would support a referendum here if that was a “circuit breaker”.

“I think the best approach is that there be a conscience vote in the parliament … after all it has been an election issue,” the South Australian senator told Sky News.

He says in his seven years in the Senate, several bills have just fallen short of there being a parliamentary vote.

“There were reports last week that we may by four votes short in the House of Representatives and we might be able to carry a majority in the Senate,” Senator Ludlam told Sky News.

Liberal Democrat senator David Leyonhjelm is preparing a bill for a conscience vote among politicians and believes it now has a greater chance of being supported.

“The traditional argument is equality … my argument is it’s not the government’s business what gender person you are allowed to marry,” he told Sky News.

Government frontbencher Bruce Billson believes there shouldn’t be a single word used to cover all kinds of relationships, especially if it’s one that people feel strongly about, like marriage.

He suggests formally recognising “committed life partnerships” to allow same-sex couples to attest their commitment to life-long partners before family and friends.

“Polarising the discussion is unhelpful and completely ignores what should be the quality of the relationship and the opportunity for people to love who they love,” he told ABC TV.

The prime minister’s parliamentary secretary, Christian Porter, said his lawyer’s training made him cautious about having people vote on abstract questions.

“It’s like saying you think it’s a good idea to have a referendum on something where you don’t know what the question is or what the change being proposed is,” he told Network Ten.

He favoured the party room process, where politicians could decide their position on a precise change to legislation.

Mr Porter said that in some European countries, allowing same-sex marriage had led to religious institutions being forced to conduct marriages against their wishes.