It’s been a long campaign by Jonesy to get Amanda front of mind in the 2018 TV Week Logie voting.

And we now have an answer… 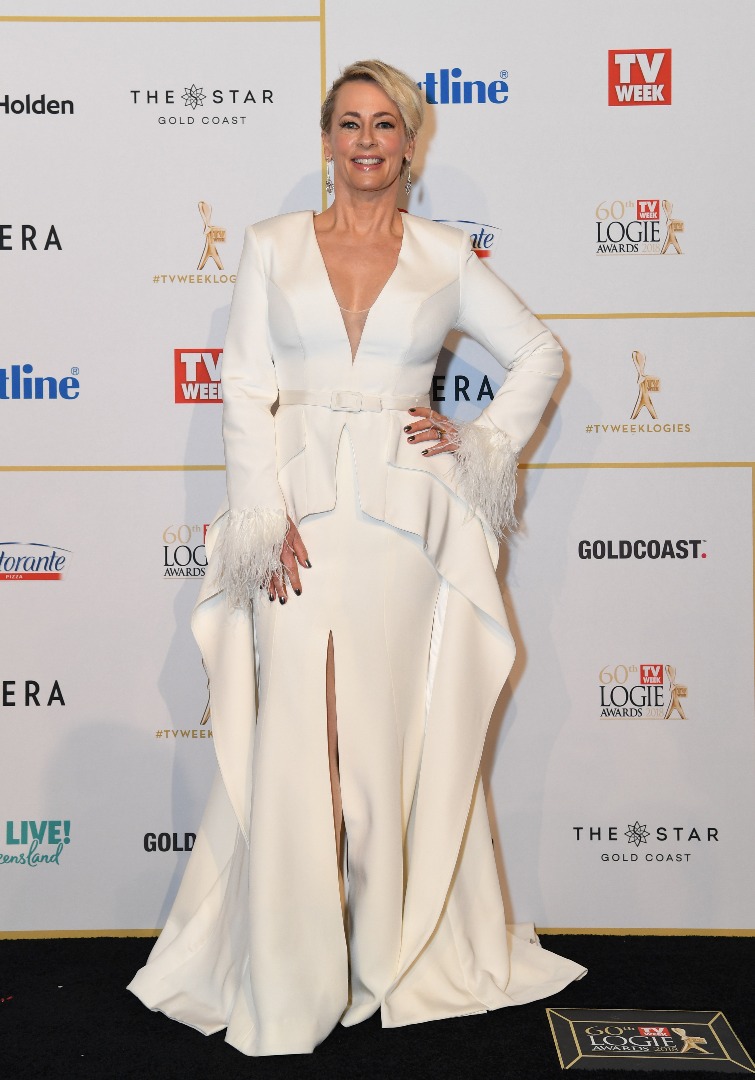 Unfortunately Amanda is only walking away with a Silver Logie for her nightstand this year, not Gold.

But in our chat with her on the red carpet before the event she said she was honestly just happy to be nominated (and you know what – we really believe that).

Jonesy – sorry – you’ll just have to move on.

But what should we do with all the buttons and badges?

Last year’s winner Samuel Johnson presented the award to Grant – and allegedly the Gold Logie has taken more selfies and attended more charity events than any other Gold Logie.

The presenter also touched on the White Paper Rose that is currently on sale, as Sam strives to raise money for charity in memory of his late sister, Connie.

Grant paid tribute first off the bat to Amanda, stating he thought it was definitely her year.

Perhaps Amanda’s year is instead 2019…

We Ring Tracy Grimshaw To Get Her To Vote For Amanda!