Today’s Allison Langdon will reportedly undergo surgery on her injured knee, just days after an on-air watersports stunt went wrong on the Gold Coast on Thursday.

As a result of the injury, the breakfast presenter will likely have to take a “lengthy break” from her on-air duties, the Daily Telegraph reports.

Langdon was attempting hydrofoiling during a pre-recorded segment for the show when the accident happened.

Hydrofoiling involves a foil being attached to the bottom of a surfboard and features a wing-like design that helps lift the rider above the water.

On Friday, Langdon was absent from the program, with Karl Stefanovic confirming that she had been rushed to hospital after the accident. 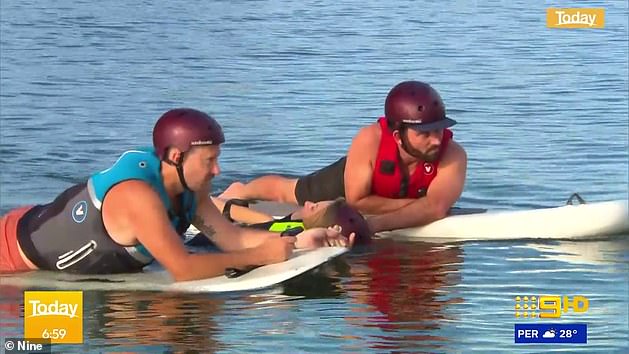 “She had a bit of an accident yesterday… she hurt herself really badly. She’s in hospital this morning,” he explained on the show.

Footage shows Langdon being pulled from the water and dragged back to a wharf by two rescuers.

Adele's Divorce Deal Included A Clause About Her Music

Channel 10 Has Chosen Their Next 'Bachelor' And Apparently He's Not Like The Others!