It’s supposed to be spring, right?

Unfortunately for South Australians, it’s been a rough start.

This week severe winds and torrential rain have battered and flooded blocked roads and caused chaos across the state.

It’s pretty much time to build an ark.

And, save room for our poor koalas…

High but not dry. A koala trying to escape floodwaters in the Adelaide Hills. @abcnews
📷 Russell Latter FB. pic.twitter.com/qkoMd8CNvA

Well, one Aussie bloke has had enough! 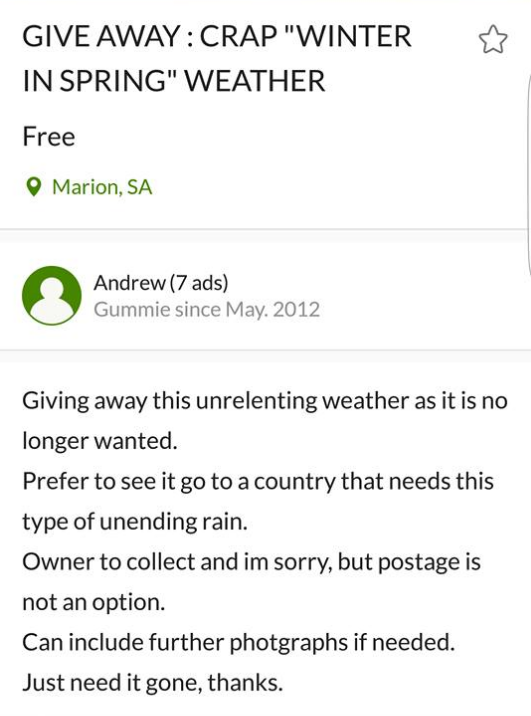 You can have, it for free. He just needs “it gone, thanks”.

The listing has since been removed from Gumtree, but it’s glory still lives on – stuck in Google’s search cache.

POPULAR: TV Presenter Freaked Out By Alligator Live On Air